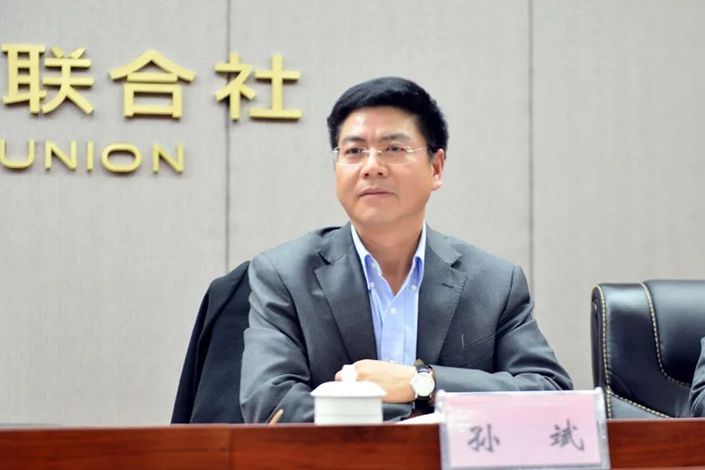 A series of corruption cases involving the top brass at financial institutions in East China’s Anhui province underscores the poor oversight of its rural credit system, according to the anti-graft authorities.

The details of the corruption cases, involving 13 suspects that have come under investigation since last year, were revealed by the provincial graft-buster and reported on Friday (link in Chinese) by a newspaper run by top Communist Party disciplinary watchdog, the Central Commission for Discipline Inspection.

Wang Xia, a former chair of the Fuyang Yingdong Rural Commercial Bank Co. Ltd., took advantage of her position to accrue more than 10 million yuan ($1.5 million), according to the report.

From 2015 to 2017, Wang indirectly borrowed more than 100 million yuan from the bank and turned a profit by illegally using the money to buy a stake in the bank, officials with the Anhui provincial graft-buster were quoted as saying in the report. Wang came under investigation in June last year.

Su Shaoyun, a former chairman of Anhui Tongcheng Rural Commercial Bank Co. Ltd., granted a large amount of loans to a shareholder who voted in favor of his high salary, according to the report.

Rural financial networks, with rural credit unions acting as hubs and supervisors, were established as part of a long-running drive to modernize the rural banking system. But these networks, many of which are based in remote and underdeveloped regions, have long been a weak point for regulatory oversight.

Anhui Provincial Rural Credit Union, established in 2004, was designed to be an umbrella that would coordinate and provide services to 83 financial institutions in rural Anhui such as the Tongcheng and Fuyang Yingdong rural commercial banks. However, the provincial credit union failed to properly supervise rural financial institutions, the report said.

Anhui’s rural credit system has been under a cloud since April 2020, when Chen Peng, a former Communist Party chief of Anhui Provincial Rural Credit Union, was placed under investigation. Chen was later found to have taken bribes worth more than 78 million yuan.

Chen took more than 60 million yuan in bribes from a general manager of an insurance company, the Friday report said. While the report did not name the insurer, multiple sources previously told Caixin that the chief of the Anhui branch of Huaxia Life Insurance Co. Ltd., which was controlled by troubled Tomorrow Holding Co. Ltd., had close connections with Chen. In 2019, the credit union was fined for illicitly investing in Huaxia’s products.

The list of executives to come under investigation includes Sun Bin, a former deputy chief of the credit union. According to the report, Sun had been gambling for more than 50 consecutive hours when he was detained by the local anti-corruption watchdog. Sun was a high-stakes gambler, the report said, without saying whether or not he fueled his gambling habit with dirty money.