Greenland Says No to China-Backed Rare-Earth Mine in Election 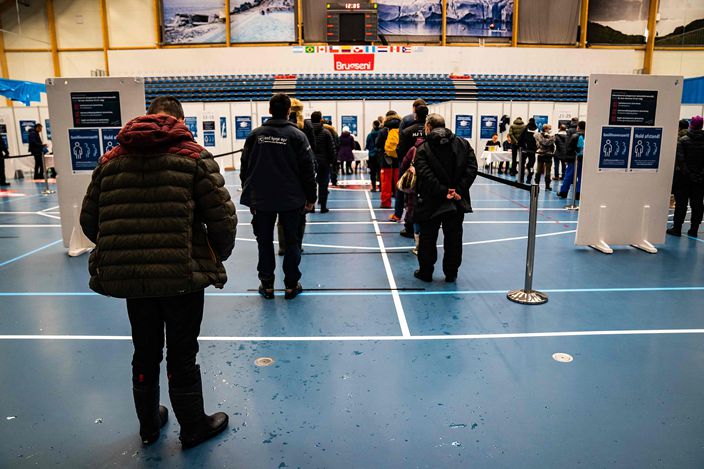 Nikkei Asia —A left-wing Greenland party opposed to a Chinese-sponsored rare-earth mine won the largest share of seats in the Danish territory’s general election Tuesday, casting doubt on the project’s future.

The pro-environment Inuit Ataqatigiit party secured 36.6% of the vote, expanding its parliamentary presence to 12 seats from eight, according to Greenlandic public broadcaster KNR. The center-left Siumut party, which supported the mine, fell to second with less than 30% of the vote. Inuit Ataqagiit is preparing for talks to form a coalition government.

The party campaigned heavily against the Kvanefjeld project in southern Greenland — which would produce uranium along with strategically vital rare earths — amid alarm over the environmental impact. The license for the mine is held by Australia-based Greenland Minerals, whose top shareholder is China’s Shenghe Resources, a point that has also raised some concern.

“We must listen to the voters who are worried,” party Chairman Mute Egede told KNR. “We say ‘no’ to uranium mining.”

The new government is expected to hold public hearings to determine the fate of the mine project.

Dwayne Menezes, head of the London-based think tank Polar Research and Policy Initiative, said it is important for the world to see that Inuit Ataqagiit is opposed to just this one particular mining project.

“They are not opposed to all mining projects across Greenland, and they too, like other parties in Greenland, recognize the need for Greenland to achieve economic self-sufficiency, attract investment and be seen as a stable and friendly jurisdiction for investment,” said Menezes.

“IA will have to reassure the global mining community that other mining projects in Greenland would not have to fear the same fate if their projects do not have similar serious environmental risks,” he added.

The election in a territory with a population of just 57,000 has been watched closely by major economies including the U.S. and Europe, which seek to diversify a rare-earth supply chain that now relies heavily on China. Greenland boasts the world’s seventh-largest reserves of the metals.

Rare earths are key to a wide range of modern technology, including smartphones, batteries and wind turbines. China accounts for nearly 60% of global production, and it handles the vast majority of separating and refining — an uncomfortable situation for the U.S. and its allies such as Japan and Australia as tensions with Beijing continue to simmer.

While Greenland is a territory of Denmark, it enjoys broad autonomy in most areas aside from diplomacy and defense. Washington operates a military air base on the island’s northwest coast.