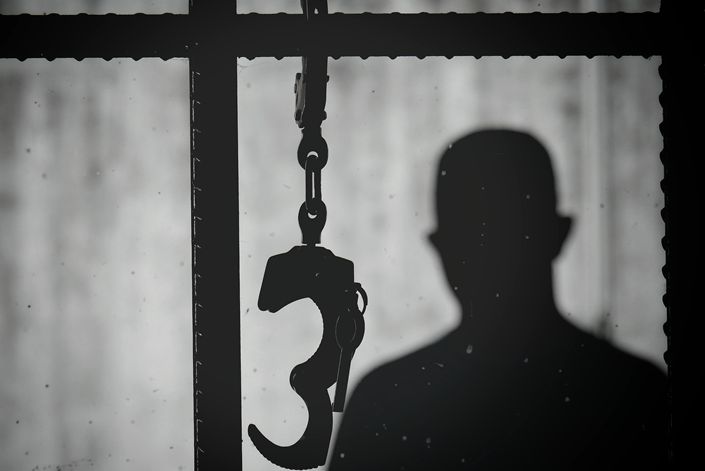 Some 84 current and former officials have been punished for their involvement in the case of a convicted murderer who never served out his prison sentence. Photo: VCG

The Chinese Communist Party’s anticorruption watchdog is punishing some 84 officials involved in a high-profile case in which a convicted murderer never served out his prison sentence and went to work as a village head and stole government funds.

Authorities in North China’s Inner Mongolia autonomous region in September launched an investigation after a decades-long campaign by the mother of the slain Bai Yongchun, who claimed her son’s killer, Batumenghe, never spent a day of his 15-year sentence behind bars.

The probe drew attention to China’s so-called “on-paper sentences,” whereby some criminals exploit loopholes and corruption networks in the judicial and prison system to abscond from jail until their release dates.

In an online statement (link in Chinese) on Wednesday, Inner Mongolia’s politics and law commission said party discipline inspectors had concluded that “many” cadres and civil service officials were guilty of “party mismanagement, dereliction of duty, and loss of control and supervision, as well as serious legal and disciplinary violations and suspected crimes.”

The inspectors had already punished 54 of the officials, 10 of whom have had their cases forwarded to public prosecutors, the statement added. China’s courts typically have a conviction rate of more than 99% for criminal cases.

A further 20 officials had been called in for official reprimands and other punitive measures, according to the statement.

“Judicial organs will, in accordance with the law, strictly investigate the legal responsibilities of personnel suspected of illegal and criminal acts,” the statement said.

In 1992, Batumenghe, an ethnic Mongolian who goes by a single name, stabbed his 19-year-old former schoolmate Bai during an argument over a mahjong game. Bai later died from his wounds.

The following year, a court in Inner Mongolia sentenced Batumenghe to 15 years’ fixed-term imprisonment with a two-year suspension of his political rights.

But he was immediately granted medical parole and returned to his home village in Chen Barag Banner, where he later launched a career in local politics.

Starting in 2009, Batumenghe embarked on an eight-year stint as a village chief near the China-Russia border.

After years of lobbying by Bai Yongchun’s mother, Bai Jie, prosecutors in Chen Barag ordered Batumenghe’s rearrest in 2017. A court convicted him of absconding while on bail and subsequently sentenced him to a further 13 years and seven months in prison.

A separate party probe later found that Batumenghe had embezzled around 290,000 yuan ($44,200) in government environmental conservation funds during his time in office, according to Wednesday’s statement.

Although few on-paper sentences are thought to be as egregious as Batumenghe’s, the incident is not an isolated case.

In August, party authorities punished (link in Chinese) 65 officials in Inner Mongolia for their roles in a similar case that also saw a convicted murderer skip jail for a cumulative seven years of his 15-year prison sentence.

The initiative formed part of President Xi Jinping’s flagship anti-graft drive, which has ensnared more than 2 million people since China’s leader took power in late 2012, according to official figures.