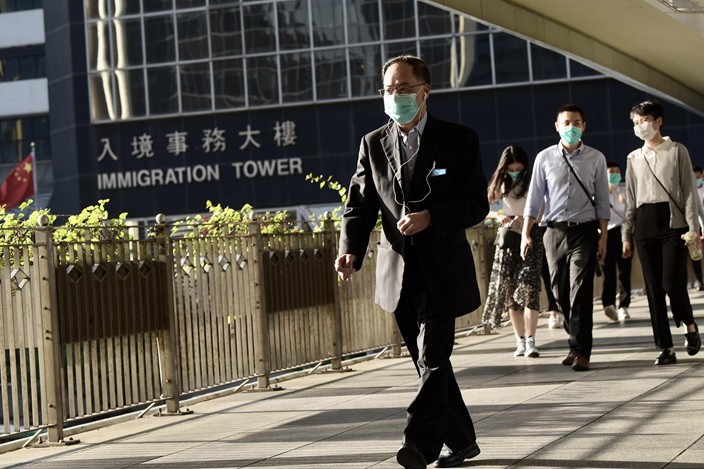 Some Hong Kong civil servants are already sent to the Chinese mainland for training courses, field trips and lectures, but these programs mostly only involve senior officials. Photo: VCG

Hong Kong is looking into sending the city’s civil servants to temporarily work on the mainland, the government’s civil service chief said.

Secretary for the Civil Service Patrick Nip Tak-kuen mentioned the proposal at a Monday at a meeting of a Legislative Council committee meeting.

If the plans go ahead, it would be the first time that the special administrative region’s civil servants would be assigned to mainland government bodies.

Nip said that the assignments would give civil servants a chance to “watch and learn,” according to a report on the meeting from local newspaper The Standard.

He also said that the authorities are mulling plans for civil servants to study mandatory courses on the mainland during the three-year probation period at the start of their tenure.

No precise details about these plans have been released.

Ann Chiang Lai-wan, a lawmaker with the pro-Beijing Democratic Alliance for the Betterment and Progress of Hong Kong, suggested at the meeting that civil servants could be assigned to rural areas. The Standard report quoted her as saying that this “can help them better understand issues of grassroot families on the mainland.”

On the Chinese mainland, it is a common practice to give civil servants temporary assignments, usually to rural or poor regions, both to improve the local administration and to broaden the experience of officials. These assignments normally last less than 3 years.

Nip said that discussions are being held with the mainland authorities on increasing this number in future.

The civil service chief also discussed the issue of civil servants’ oaths of loyalty. According to Article 6 of the National Security Law that came into effect last year, anyone running for election or holding public office in the region must “take an oath to uphold the Basic Law … and swear allegiance to the Hong Kong Special Administrative Region of the People’s Republic of China.”

Nip said that 129 civil servants have refused to make this pledge and are now facing forced retirement.