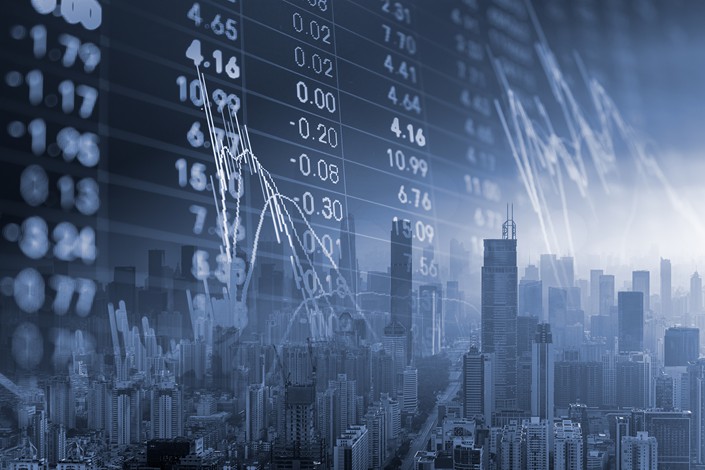 Recently, the default risk of some high-profile state-owned enterprises (SOEs) in China’s credit market has become the focus of extended media coverage. While some of these SOEs, such as China Huarong Asset Management Co. Ltd., are systemically important companies, the fact that they are systemically important and that they are majority government-owned implies that the risk of default or bankruptcy is being monitored. After all, one cannot default on one’s parents. And the U.S. did bail out its entire banking industry in 2008. The significant markdown on these SOEs’ bonds reflects the latent risk that they are confronting.

Further, China’s credit bonds are about 34% of the bond market by value. The entities issuing enterprise and corporate bonds are mostly central or local government SOEs, representing about 30% of a bond market that is worth 120 trillion yuan ($18.4 trillion). The majority of these bonds are rated “A” or better, given their government connection and hence the perception of “guaranteed payment.” It is understandable that such perception of “risklessness” is now challenged given the circumstances.

Yet, it is difficult to fathom these bonds defaulting on a massive scale. The fact that some of the highly rated SOE bonds are running into problems is a reflection of how the credit ratings system has blindly reflected the principle of “guaranteed payment,” rather than the varying credit risks of these companies. Even if these bonds are of different quality, there must be some good stuff in there. After all, owing money is frowned upon in Chinese culture.

Our analysis shows less than 2% of total outstanding bonds and less than 1% of their total principal are in default. The principal of default bonds has risen significantly since the pandemic, but we must point out that they are a small part of the credit securities market, and even a smaller part of China’s overall bond market. Further, our calculations show that the SOEs’ ratio of earnings before interest, taxes, depreciation, and amortization to total interest payments is four to six times on average, and should be more than enough to protect against massive default risk.

The potential contagion risk, or the risk that default will be widespread, is more about perception than reality. We would argue that, should the scale of defaults rise further, it would be a welcome change to China’s credit market. It would finally allow the market to break free from the “guaranteed payment” system. One cannot make reforms without taking on some risk.

The spread between returns on high-yield bonds and those on investment-grade ones is now at one of its highest levels of the past decade, and appears to be rolling over. It hints at the market’s waning risk appetite. Historically, when the spread was at this level, Chinese stocks eventually rose when the high-yield performance didn’t worsen further and risk appetite held steady — as in 2017, or fell when the high-yield tumbled, as in 2018 and early 2020. Given the milieu, we believe the high-yield bonds will be under pressure in the near future, and will remain a drag on stocks that otherwise would have done better in an economic recovery.

This article has been edited for clarity.