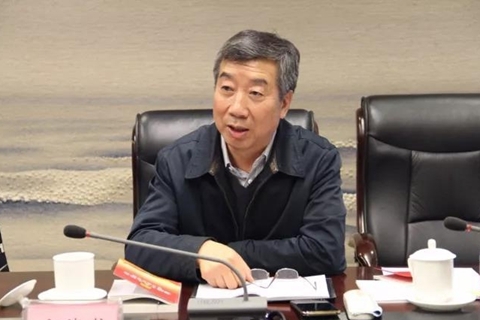 A former operating chief of the China Development Bank (CDB), the nation’s biggest policy lender, has been placed under investigation by the Communist Party’s graft-buster on suspicion of taking bribes worth millions of yuan, sources with knowledge of the matter told Caixin.

Zhang Maolong, 68, is being investigated by a group dispatched by the Central Commission for Discipline Inspection (CCDI) to the bank and the local anti-corruption agency in Beijing, according to an official statement (link in Chinese) on the probe released Monday. The corruption watchdogs said Zhang was being investigated for “suspicion of serious violation in (party) discipline and law,” a common euphemism for graft, without giving further details.

The probe comes eight years after Zhang’s retirement. Zhang joined the CDB in 2000 and climbed the ladder to become chief operating officer in 2010. He retired from that post in February 2013.

During Zhang’s three-year term, he took millions of yuan in bribes, including from a private company involved in the construction of a CDB branch’s office buildings, the sources said.

The case of Zhang Linwu, a former senior CDB official who was put under investigation (link in Chinese) in January, is connected with Zhang Maolong’s, and he also took bribes worth hundreds of thousands of yuan from the same private company, the sources said.

Zhang Linwu, 50, served as president of the Chongqing branch of the CDB from December 2014 to January 2016. He was removed from the position after his second ex-wife reported to the bank that he illegally reimbursed invoices worth thousands of yuan, people at the CDB said. He later moved to a project appraisal department of the CDB.

The CDB has been hit by a string of graft scandals in recent years. In early January, Hu Huaibang, a former chairman, was convicted of taking 85.5 million yuan ($13.2 million) of bribes from 2009 to 2019 in exchange for helping others with financing, business operations and promotions.

In the same month, the CCDI said (link in Chinese) that Yang Degao, a former vice president of the Hubei branch of the CDB, had been expelled from the party. Yang was accused of taking bribes, illicitly making profits from issuing loans and taking advantage of his position to benefit his relatives.

Yang had helped a company in which he held a stake to illegally raise funds from the public with an annual interest rate of as high as 70%, sources with knowledge of the matter said.

Also in January, Wang Xuefeng, a former president of the Shanxi provincial branch of the CDB, was expelled from the party and removed from public office on suspicion of corruption. Wang was found to have taken a large amount of bribes in exchange for facilitating financial deals, the CCDI said.

The CDB is the largest among China’s three policy banks by assets, followed by the Agricultural Development Bank of China and the Export-Import Bank of China.