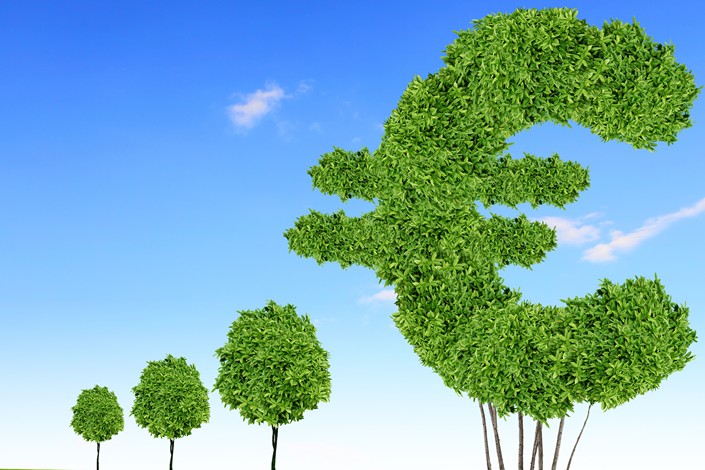 Meeting 2030/2060 goals for reducing carbon emissions will require a solid foundation of data and methodology, yet this is so far missing. Carbon reduction tasks cannot be allowed to brake down due to a lack of authoritative data. China also needs to better classify emission by industries in order to identify a targeted and effective reduction plan. Read the former central bank governor Zhou Xiaochuan’s essay here.

Proposed updates to the rules for carbon trading were released and preparation for the national carbon market is nearly complete. State Grid Corp. of China helped issue the Green Certification Report to a supply chain enterprise to facilitate the successful approval of green credit.

Ministry of Ecology and Environment

On March 30, the Ministry of Ecology and Environment (MEE) released a revised draft of the Interim Regulations on the Management of Carbon Emissions Trading (碳排放权交易管理暂行条例) for public comment. The revised draft states that in accordance with China’s phased targets and requirements for controlling total greenhouse gas emissions, the MEE shall consult with relevant authorities to propose a plan for the total amount and distribution of carbon emission quotas, which is to be released to the public once approved by the State Council. Based on the plan, provincial departments of ecology and environment must allocate the prescribed annual carbon emission quotas among key emission units within their respective administrative regions. The revised draft also encourages enterprises and public institutions to launch projects on renewable energy, forestry carbon sinks and methane utilization to replace, absorb and reduce greenhouse gas emissions. In addition, it states that China has made plans to establish a carbon emissions trading fund.

The National Carbon Emissions Trading Market will be put into service by the end of June. At present, the first batch encompassing 2,225 power enterprises has opened all its accounts on the market, with two-year quotas allocated to those participating in carbon emissions trading. Statistics indicate that total annual carbon emissions from China’s power industry are approximately 4 billion tons. Construction of the national carbon market is now basically completed. The trading system in Shanghai and the registration system in Hubei province are undergoing comprehensive testing for integration and are expected to officially launch and complete the first transaction by the end of June, at which point the national carbon market will officially become the largest carbon emissions trading market in the world.

On March 31, State Grid Yingda Carbon Asset Management (Shanghai) Co. Ltd. and State Grid Shanghai Municipal Electric Power Co. jointly conducted on-site certification for Baosheng Science & Technology Innovation Co. Ltd., an upstream supply chain enterprise of the State Grid, and issued the first Green Certification Report to a supply chain enterprise. The on-site certification is guided by the Rating Standards for Green Enterprise Certification, independently developed by Yingda Carbon Asset and Shanghai Electric Power based on the “smart supply chain” project. Based on the certification report, the Agricultural Bank of China’s Baoying branch approved the green credit with a loan of 50 million yuan ($7.6 million) to Baosheng Science & Technology at rate that is much lower than the benchmark loan prime rate.

On March 29, the green technology enterprise Envision Group and the venture firm Sequoia Capital China announced plans to jointly establish a carbon neutrality technology fund at a total scale of 10 billion yuan ($1.5 billion). The fund is intended for investments in and cultivation of world-leading sci-tech enterprises in the field of carbon neutrality for the construction of a new zero-carbon industrial system. Looking ahead, Envision Group and Sequoia Capital China will make the best of their respective advantages — as well as the carbon neutrality technology fund — to invest in and foster an innovative ecosystem, accelerate the maturity of carbon-neutral technologies and industrial chains and contribute to the zero-carbon transformation.

Zhou Xiaochuan: The Carbon Market Should Be a Weather Vane for the Mid- to Long-term Investment Market

China’s former central bank governor Zhou Xiaochuan, said that the primary function of a carbon market should be to guide investment.Through price signaling projects and technology investments spanning several years, the carbon market can play a significant role in changing future patterns of production and consumption. The carbon market will also be essential for assessing the effectiveness of future technologies.

On March 30, the Guangdong-Hong Kong-Macau Greater Bay Area Green Development Report (2020) (“Blue Book”) was released in Shenzhen. The Blue Book suggests that large room remains to increase the share of renewable energy in the Greater Bay Area (GBA)’s current energy mix. Offshore wind power in particular will become the major force in the future development of clean energy. By utilizing its abundant offshore resources, the GBA has great potential to realize energy transformation and energy self-sufficiency.

Researchers at TransitionZero, a U.K.-based analytics provider, used satellite imagery and machine learning to estimate electricity production and its associated carbon emissions from Chinese coal plants, and then gave recommendations on how the country could manage its shift toward carbon neutrality. If China can phase out 364 gigawatts of coal-fired power generation by the end of the decade, the carbon intensity of China’s electricity production will fall from 672 grams of carbon dioxide per kilowatt-hour in 2019 to 356 grams by 2030, according to firm’s estimates.