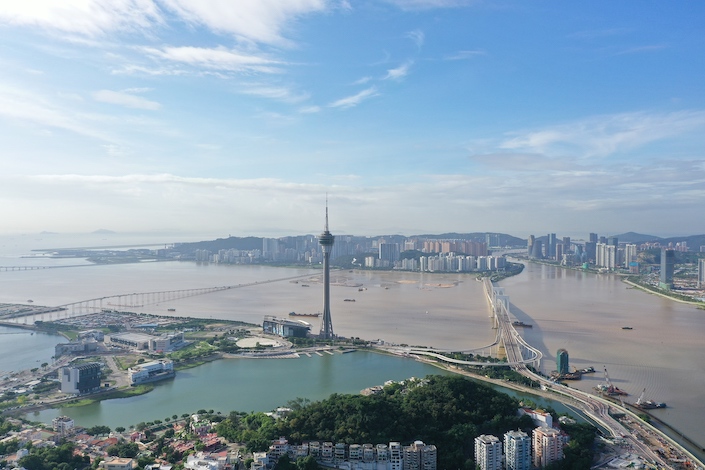 The Guangdong-Macao Deep Cooperation Zone in Hengqin of Zhuhai will be a priority for support from the NDRC’s special fund.

The NDRC didn’t disclose the size of the fund to back projects in the nine Chinese mainland cities across the Guangdong-Hong Kong-Macao Greater Bay Area. Aiming to capitalize on the region’s already strong finance, manufacturing and technology capabilities, China is working to build an economic and innovation hub that could eclipse the San Francisco Bay area, Greater New York and Greater Tokyo.

The region includes some of China’s most dynamic cities, home to the country’s manufacturing base and tens of thousands of high-tech companies. The bay area accounts for less than 1% of China’s territory and 4% of its population but generates nearly 10% of the country’s gross domestic product.

Since the announcement of the State Council’s bay area plan, there has been a string of initiatives and announcements as regulators, ministries and local governments push ahead with implementing the plan.

In January 2020, Guangdong province said it planned to set aside 3.1 billion yuan this year for tax subsidies targeting overseas professionals working in the Greater Bay Area in a bid to lure talent from neighboring Hong Kong and Macao.