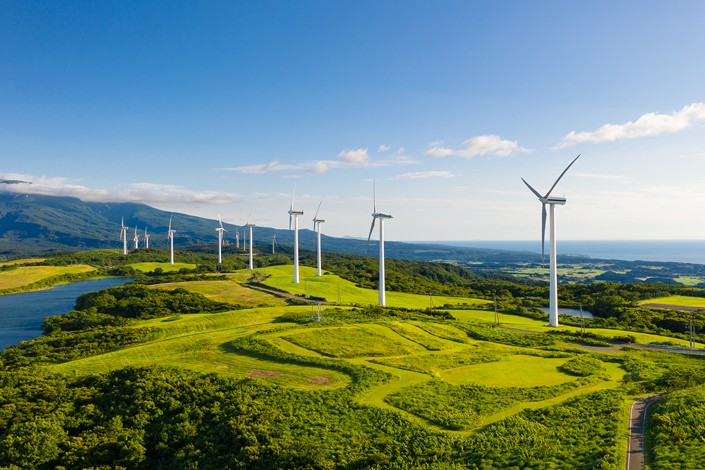 The proceeds from green bonds will no longer be allowed to go to certain fossil fuel energy projects, a statement from the People’s Bank of China (PBOC) said Wednesday, in order to bring the country’s green finance more in line with international standards.

The updated list of industries and projects eligible to be funded by green bonds no longer includes “the clean use of coal and other fossil energy,” the PBOC statement (link in Chinese) said.

The list (link in Chinese) was jointly issued by the PBOC, the National Development and Reform Commission and the China Securities Regulatory Commission, and comes into effect from July 1. It revises a similar list issued in 2015.

In the wake of President Xi Jinping pledging to top out China’s greenhouse gas emissions before 2030 and achieve carbon neutrality by 2060, many experts are calling on the world’s largest greenhouse gas emitter to reduce its dependence on its massive coal power sector.

To reach its carbon neutrality goal, China would need to close, convert or put into reserve most of its coal power generation capacity by 2040, according to research by U.K.-based analytics provider TransitionZero Ltd.

“If Chinese coal plants emit as much CO2 as they would under continued high utilization, the (energy) transition will fail,” experts at the International Energy Agency (IEA) wrote in an article last year.

They recommended China shut down its least efficient, most polluting coal power plants, and refit the others to support growing renewable production while maintaining electricity security. Some plants can be retrofitted with carbon capture technologies, they said.

The Chinese authorities have added projects for capturing, using or storing carbon dioxide produced by burning fossil fuels to the revised list of green bond-supported projects.

China’s financial regulators have been working on various ways for finance to play a significant role in the country’s green transition, including developing carbon markets and green financing. The central bank will increase the allocation of green bonds in the country’s foreign-exchange reserves and limit investments in high-carbon assets, PBOC Governor Yi Gang said Tuesday at the annual Boao Forum for Asia.