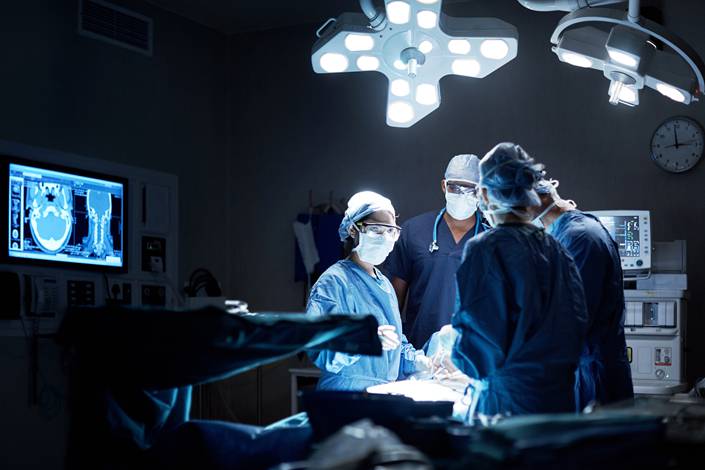 The public assurance comes a week after the NHC announced an investigation into alleged medical malpractice after an online whistleblower accused doctors from dozens of hospitals of “mass misconduct.” Photo: VCG

China’s top health body has ordered the Shanghai authorities to investigate a local doctor’s case of alleged malpractice in cancer treatment and violations of professional ethics.

Jiao Yahui, deputy director of the National Health Commission (NHC) Medical Administration Bureau, told a press conference Tuesday that health authorities will thoroughly investigate and seriously punish those who are responsible for the alleged wrongdoings.

“If there are any violations of laws and regulations, including improper exchange and transfer of benefits in the case, we will neither hide nor ignore them,” Jiao said. “We will seriously handle the case in accordance with the law.”

The public assurance comes a week after the NHC announced an investigation into alleged medical malpractice after Zhang Yu, an online whistleblower who identified himself as an oncologist at Peking University Third Hospital in Beijing, accused doctors from dozens of hospitals, including the Shanghai-based doctor, of “mass misconduct” in their treatment of cancer patients resulting in higher death rates.

Lu had business links to a company that allegedly administered an unapproved therapy, known as “natural killer” (NK) cell-based cancer immunotherapy, to a man he was treating for advanced gastric cancer, according to commercial registration records and Caixin interviews.

Zhang also said online that Lu “highly recommended” his cancer patients have their genomes sequenced and do genetic tests at Shanghai Iread Gene Technology Co. Ltd., a biotech company established in 2016. He said the genetic method was not effective during the course of chemotherapy.

During the press conference, Jiao said the NHC has contacted the whistleblower for more information and organized a peer review into the case of a cancer patient who had been administered the NK therapy but died on Dec. 24. The official has not yet disclosed any results of the ongoing investigation.