Opinion: How China Should Respond to the Risk of Inflation Imported From the U.S. 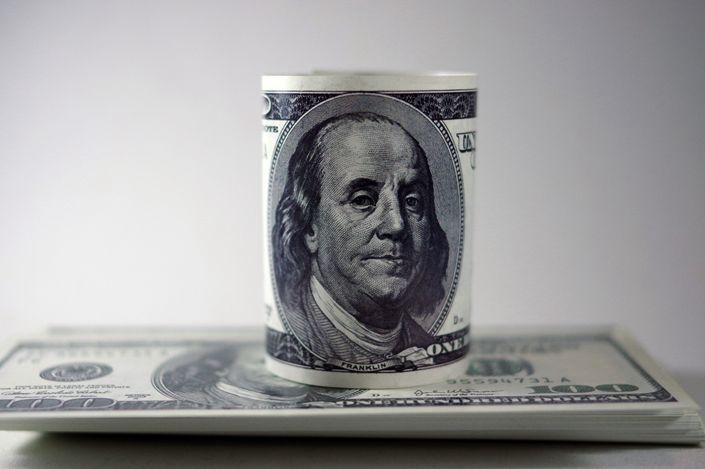 At present, monetary and fiscal policies are implemented in a coordinated fashion. Debt monetization or modern monetary theory, whatever you call it, is in fact already in practice. The magnitude of fiscal stimulus under the Covid-19 pandemic has been unprecedented. In the United States, it is close to 17% of GDP, a level unheard of since World War II.

Such fiscal stimulus is financed by debt. Governments have little motivation to repay; instead, they tend to roll over the debt for good and have their central banks absorb it. The Fed nearly doubled its balance sheet in 2020, while the Bank of Japan and the European Central Bank have also been expanding theirs. The latest round of U.S. stimulus amounts to $ 1.9 trillion, among which more than $400 billion will be distributed in the form of checks to households. This resembles what Ben Bernanke called “helicopter money,” except that the money is not dropped in the streets, but sent as a check based on each person's tax records.

This has led to a divergence in global recovery. Developed countries are recovering much faster than emerging economies; and among developed countries, the U.S. is outperforming the rest. First, from a public health perspective, the U.S. finds itself at the forefront of the world’s vaccination effort. Second, assuming fiscal stimulus translates into growth — as measured by the so-called fiscal multiplier — the U.S. has received the largest boost by far from enormous federal spending.

The U.S. political landscape has also changed dramatically. As Democrats took Congress and Biden became the new president, massive fiscal spending has been made possible. And following that, the Biden administration is proposing an additional spending plan worth at least $2 trillion. Notably, the focus will shift from demand to supply as the future plan will include everything from manufacturing and infrastructure to schools and job training.

But Biden’s ambition carries risks as the monetization deepens. One in particular is inflation.

First, the U.S. economic stimulus more than makes up the output gap. According to Congressional Budget Office calculations, the U.S. nominal output gap in 2021 is $420 billion, far smaller than the previous $1.9 trillion spending deal.

Second, the recovery of demand will push core inflation upward. In the past, although major central banks injected a lot of liquidity in response to financial crises, core inflation barely budged due to a lack of demand. This time around, though, demand is less a problem.

Third, rising commodity prices risks inflation expectation self-fulfilling. Since early 2021, the CRB index has bounced back close to its 2011 highs, due partly to recovery expectations and partly to concerns over the uncertainties of deficit monetization. In turn, surging prices are fueling inflation.

If inflation really goes up, U.S. room for policy maneuvering will be constrained. Not only will the Fed be forced to tighten, but also further fiscal spending could lose traction.

It is also clear that inflation is not limited to the United States. International commodity prices continued to rise, with leading indicators such as international crude oil prices, the CRB spot index, the South China Industrial Goods Index, and the PPI ex-factory price index moving up in tandem. In March, China's PPI rose 4.4% year-on-year, an increase of 2.7 percentage points over the previous month. In the Eurozone, the input price index of March PMI survey reached an all-time high of 81.5%.

Higher commodity prices translate into higher costs upstream and midstream, while the prices of consumer goods only recovered slowly in the Covid-19 aftermath. This could erode profits downstream, posing a challenge to China’s sustained recovery.

On the other hand, pressures of imported inflation could wrongfoot monetary policymaking, destabilizing the financial system and the economy. China’s relatively accommodative monetary policy helped fuel credit growth in the first quarter of 2021; however, the imperative to stabilize a rising leverage goes against loose money.

Going forward, how can China strike the right balance amid a global liquidity glut? We believe the best way forward is to internationalize the yuan. The yuan becoming an international reserve currency could somewhat immunize China from the dollar problem.

The yuan appreciated significantly last year amid dollar weakness. This year, a strengthening dollar means there is less upward pressure for the yuan. Such zigzags represent an opportunity to further liberalize the capital account and find an anchor for the yuan.