In Depth: 5G Calls Out to Miners, but Will They Answer?

By Bai Yujie, He Shujing and Yang Ge 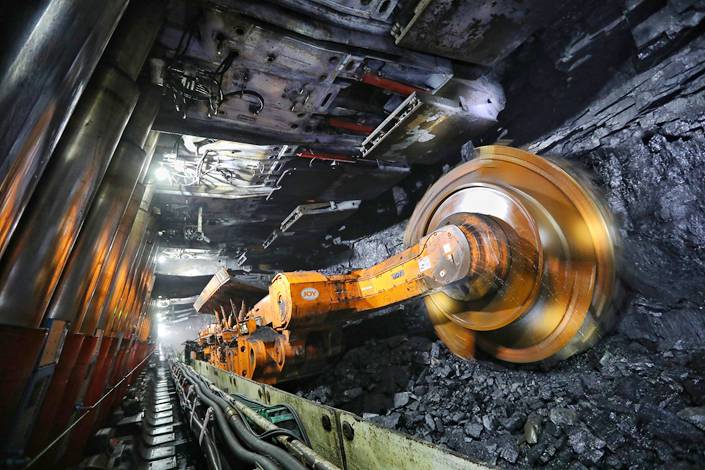 5G is typically faster at handling data moving between different parts of the mine and also at authenticating that data — important functions for maintaining safe operation in such a rapidly changing environment. Photo: VCG

China’s accident-prone coal miners are taking a look at 5G telecommunications technology, which could improve their safety and efficiency by taking people out of harm’s way via greater automation and improved systems for early detection of problems that can lead to catastrophe.

But despite government efforts to promote the technology for industrial applications, many operators at the nation’s roughly 4,700 coal mines remain skeptical due to its high costs compared with the current patchwork of older 4G, wired lines and Wi-Fi systems many are already using. With 5G typically costing 20% or more than older systems to install in mines, some are asking what advantages come with that premium.

As its main selling point, 5G is typically faster at handling the data moving between different parts of the mine and also at authenticating that data — important functions for maintaining safe operation in such a rapidly changing environment.

While Wi-Fi can also handle such data volumes, it is more problematic due to coverage-related issues due to its design for use over very short distances. Use of 5G also is more reliable than wired lines, which can be severed or damaged when accidents occur or from everyday wear and tear in such extreme environments.

Besides allowing for remote control of functions like natural gas levels, 5G also can address communications difficulties that are unique to the mining industry. Such communication was often limited to wire-line phones within mines, requiring someone to find and bring back an actual person.

People in the industry also point out that mining contains a wide range of moving equipment, from excavators to conveyor belts. That makes 5G better equipped to handle the large volumes of data needed to assess situations in such a constantly changing environment — something 4G technology has more difficulty with due to its lower data transmission capabilities.

As China’s three major wireless carriers build out 5G systems costing billions of dollars, Beijing is hoping that miners will come to see how the technology can rapidly and accurately transmit huge amounts of data for real-time monitoring of the complex situations in their industry.

“Many companies are still observing and asking whether 5G is really that good,” said one representative at a 5G operator, speaking candidly on the condition his name not be used. “They’re saying, ‘Will such big investments really yield results?”

The mining industry poses many challenges for creators of monitoring and other surveillance systems due to factors like the need to make sure such systems can withstand natural gas buildup and potential explosions that are often the source of mining accidents. Mines also pose challenges due to their irregular configurations and lack of big open spaces that can create coverage issues, unlike most 5G applications that are above ground.

The introduction of 5G to the sector is part of Beijing’s efforts to bring greater automation and sophistication to an industry where safety has greatly improved over the last two decades, but is still a source of frequent accidents. One such accident in December in Chongqing left 23 people dead, just two months after another accident in the southwestern municipality resulted in more than a dozen deaths.

In February last year, the nation’s economic planner and energy ministry co-published a paper seeking opinions on a plan to accelerate the use of smart technology into the coal mining industry, with an aim of making such technology widespread by 2035.

Many coal mining provinces have answered Beijing’s call with their own similar plans and timetables to promote 5G. Among those, one of the most aggressive has been Shanxi, where coal is a major contributor to the provincial economy. The province set a date of 2030 for making such technology widespread, and has offered government incentives for operators that install full 5G coverage within their mines.

One of the biggest embracers of 5G in mining, and an advocate of automation in general, is the operator of the Xinyan coal mining project in Shanxi, a new facility that has been up and running for less than three years. Even before 5G, the mine, which boasts 2.4 million tons of annual production capacity, was using a combination of Wi-Fi and industrial Ethernet ring technology to power a complex network of high-resolution surveillance systems and provide communications for automated functions.

Just a year after China announced its issuance of 5G licenses in June 2019, the Xinyan mine operator invested 18 million yuan ($2.8 million) to start installing a 5G network on the premises. To date it has installed more than 40 base stations to create complete 5G coverage throughout the complex. A Xinyan representative said installation of the network has allowed the mine to reduce its headcount by 60.

Another earlier adopter is Foryou Group, based in the city of Huizhou in affluent South China’s Guangdong province. Just four months after licenses were issued, the company became the first in the mining sector to show its intent to use the technology by signing a strategic framework agreement with China Mobile Ltd., the nation’s leading mobile carrier, and Huawei Technologies Co. Ltd., one of the world’s leading makers of 5G equipment.

Foryou, which has mining operations in Shanxi, marked another milestone on May 27 when one of its miners was able to make a video call from 543 meters (1,781 feet) underground using a newly installed 5G network. Following that milestone, about another dozen miners have installed similar 5G networks.

From the equipment side, Huawei has also delved into the mining space. The company has already set up a team expressly to handle mining-related 5G projects. Company founder Ren Zhengfei is reportedly paying special attention to 5G mining applications, and has traveled several times to Shanxi to observe related work.

A Huawei worker told Caixin that around Chinese mine operators have signed about 50 5G contracts with the nation’s wireless carriers to date.