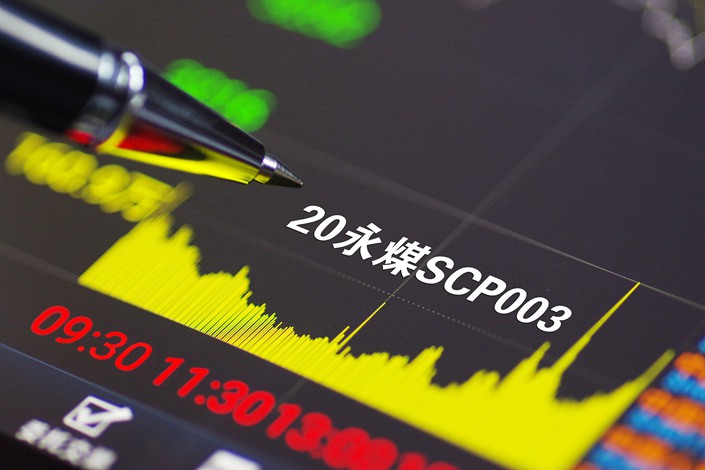 Yongcheng Coal told bondholders Sunday that it can repay 50% of the principal due on a bond that it defaulted on earlier this month if they accept a 270-day extension for paying back the rest.

A troubled state-owned coal miner has again raised its offer to creditors as its seeks more time to repay a 1 billion yuan ($152.4 million) bond that it defaulted on earlier this month and avoid triggering further defaults on billions more in debt.

Yongcheng Coal and Electricity Holding Group Co. Ltd.’s ongoing negotiations with its creditors show how quickly times have changed for China’s state-owned enterprises (SOEs). Once seen as companies without much credit risk because of their links to the state, the Henan province-based company and many other SOEs now face the real possibility of financial collapse coupled with a far less friendly regulatory environment.

Yongcheng Coal told bondholders on Sunday that it can repay 50% of the principal if they accept a 270-day extension for paying back the rest, sources close to the matter told Caixin. The bond was due on Nov. 10.

Over the past few days, the debt-ridden SOE has gradually raised its extension offer, the sources said. In its first proposal, it asked for the 270-day delay without immediate repayment on any of the principal. After that was rejected, it offered to repay 5% in exchange for the delay, then 30%. The offer now stands at 50%, or 500 million yuan, the sources said.

The company paid all of the 32.4 million yuan in overdue interest on the ultra-short-term bond earlier this month.

Yongcheng Coal’s latest offer was brokered with the help of the Henan provincial government, the sources said.

In recent weeks, China’s corporate bond market has been roiled by Yongcheng Coal’s unexpected default as the SOE had received a AAA rating, the highest ranking, a month earlier from China Chengxin International Credit Rating Co. Ltd. Since the company’s default, many investors have sold off bonds issued by some SOEs and mining companies, and some companies have either canceled bond sales plans or slashed their fundraising targets.

The mining company is also seeking a 270-day delay on paying back its five remaining ultra-short-term bonds, along with asking for an 18-month extension on several outstanding three-year medium-term notes. Two of the securities with a combined 2 billion yuan in principal are due on Monday. The sources told Caixin that the company is likely to also propose paying back 50% of the principal on the two bonds first.

It is still unclear how Yongcheng Coal will come up with the money for repayment. The sources told Caixin that the company had only 700 million yuan in cash on its balance sheet when the default occurred, which won’t be enough to cover repayment of the principal of the 1 billion yuan bond, let alone half of the principal of other debt due this year. One source with knowledge of the matter told Caixin that the Henan provincial government has offered cash support.

Some bondholders told Caixin that they think one reason behind Yongcheng Coal’s new proposal was top financial regulators’ pledge at a Saturday meeting to crack down on companies that deliberately dodge paying their debts.

At the meeting, the Financial Stability and Development Committee vowed to crack down on fraud in bond issuances, false information disclosure, malicious asset transfers, embezzlement of raised funds and debt dodging. The committee, which operates under the State Council, China’s cabinet, and is chaired by Vice Premier Liu He, is tasked with ensuring financial stability, controlling risks and improving supervision over the financial sector.

If Yongcheng Coal and its creditors don’t reach an agreement by Tuesday, cross defaults will be triggered on 15 billion yuan of Yongcheng Coal bonds and 11.5 billion yuan of debt issued by its parent company, Henan Energy and Chemical Industry Group Co. Ltd., as it would activate a cross-protection clause in the bond prospectus. Any proposal for an extension requires unanimous approval from bondholders.

Some of the bondholders are willing to give Yongcheng Coal more time. “Creditors don’t want the company to die,” a source with an institutional investor told Caixin, adding that the company could get better if it solves its embezzlement problem and gets its hands on the money from coal sales by the end of this year.

Since its default, several creditors suspect that the company is unable to repay its debts because funds may have been embezzled, Caixin previously reported. Sources with knowledge of the matter told Caixin that Yongcheng Coal did not have free control over its money and that Henan Energy collected funds from its different subsidiaries through a finance company.

It will be difficult for Yongcheng Coal to win the unanimous support for the extension proposal, said a source at a securities firm who holds the company’s bonds. That’s because some creditors may want a higher share of the principal back.

Some creditors also demanded that the company offer more collateral as a guarantee for the bond and agree to supervision over its accounts and asset transfers.