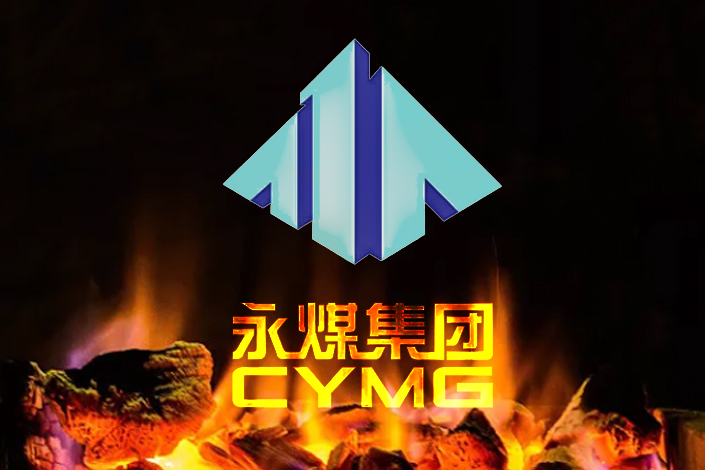 Not one of the 19 bondholders who spoke Thursday agreed to Yongcheng Coal and Electricity Holding Group ’s offer of an unconditional 270-day extension to repay the principal on the ultra-short-term bond that was due on Nov. 10.

Creditors of a troubled state-owned coal miner, whose failure to repay a 1 billion-yuan ($152.5 million) bond has roiled China’s financial markets, are likely to reject proposals to delay payment, a decision that may trigger a chain reaction of automatic defaults on 26.5 billion yuan of other debt owed by the company and its parent.

Not one of the 19 bondholders who spoke at a Thursday teleconference organized by Yongcheng Coal and Electricity Holding Group Co. Ltd. and its advisers agreed to the offer of an unconditional 270-day extension to repay the principal on the ultra-short-term bond which was due on Nov. 10, according to minutes of the meeting seen by Caixin. The company paid all of the 32.4 million yuan in overdue interest on the bond last week.

On Friday morning, Yongcheng Coal improved its offer, telling creditors via the bond’s lead underwriter, China Everbright Bank Co. Ltd., that it would repay 5% of the principal, or 50 million yuan, first if they agreed to an extension on the remaining 950 million, sources with knowledge of the issue told Caixin.

“An offer of 5% is too small. What’s the difference between that and zero?” one bondholder told Caixin, speculating that the new proposal is also unlikely to be accepted.

Bondholders have yet to formally vote on any proposal but the opposition from investors at this week’s meeting increases the odds that a cross-protection clause in the bond prospectus will be activated on Nov. 24, triggering the automatic default of 15 billion yuan of Yongcheng Coal bonds and 11.5 billion yuan of debt issued by its parent company, Henan Energy and Chemical Industry Group Co. Ltd. Any deal will need unanimous approval from the bondholders.

Yongcheng Coal’s shock default came just a month after it sold a 1 billion yuan three-year medium term note that was awarded an AAA rating, the highest ranking, by China Chengxin International Credit Rating Co. Ltd. The incident sent tremors across the country’s financial markets — investors sold off bonds issued by miners and some state-owned enterprises in the secondary market and several companies either cancelled bond sales or slashed their fundraising targets.

Some creditors who attended Thursday’s meeting said they would not accept any extension unless the company repaid 50% of the principal immediately and promised some measures to protecting investors’ rights.

“If (Yongcheng Coal) doesn’t repay more than 50% of the principal, I am not accepting any extension,” one creditor said at the meeting, according to the minutes. Others took a tougher stance, demanding immediate repayment of the entire principal.

“We will vote against any option, including extension or deferral, other than the immediate repayment of all principal and interest on the debt,” one investor said. “We will also hold the issuer, the lead underwriter and other intermediaries accountable for information-disclosure failures or misleading statements that misguided investors in judging the issuer’s solvency.”

But Yongcheng Coal insists it doesn’t have enough money. A company representative said at the teleconference that it is currently not capable of repaying the principal and that the extension plan has won the support of the State-owned Assets Supervision and Administration Commission of Henan province, the owner of its parent company.

The mining group is also seeking a delay of 270 days on its five remaining ultra-short-term bonds, and an extension of 18 months on the repayment of eight three-year medium-term notes, but those requests also face opposition. “If I can't even get a billion yuan back, there’s no need to even talk about follow-up extensions,” another bondholder said.

Since the Nov. 10 default, investors have been asking questions about Yongcheng Coal’s financial situation and the possibility of fraud. Some creditors say they suspect the company is unable to repay its debts because funds may have been embezzled. Sources with knowledge of the matter have previously told Caixin that Yongcheng Coal did not have control over its money and that Henan Energy funneled funds from its various subsidiaries through a finance company. The parent company, which has expanded its business from coal and chemicals to trade, logistics and finance over the past few years, has 34 subsidiaries consolidated on its balance sheet.

A representative from the coal miner told Thursday’s meeting that it had taken back control of its money and will remain in control until the bonds are repaid.

Financial authorities have moved quickly to try to calm the market’s anger and search for those responsible for the deepening scandal that threatens to shatter confidence in the bond market and upend the plans of cash-strapped companies to refinance or increase their debt. The bond market regulator has already launched investigations into the company and several financial intermediaries involved in the issuance of the defaulted bond.