By Wang Xintong and Zhao Jinzhao 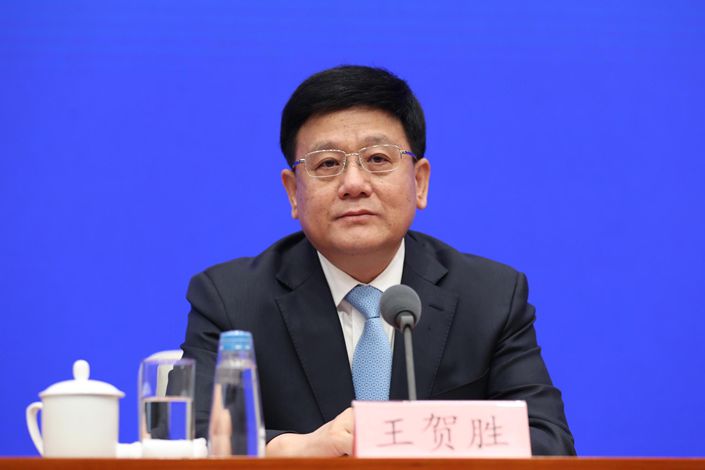 China has established a new vice-ministerial level agency to oversee the country’s vast disease control and prevention apparatus and to plug gaps in the public health system exposed by last year’s coronavirus outbreak.

The State Council, China’s cabinet, announced Wednesday the appointment of four officials to the new National Disease Prevention and Control Administration, including a head and three deputy heads, according to a statement (link in Chinese) on the Ministry of Human Resources and Social Security website.

The three deputy heads will be Chang Jile, director of the commission’s Disease Prevention and Control Department; Shen Hongbing, president of Nanjing Medical University; and Sun Yang, head of the commission’s Health Emergency Response Office, according to the statement.

Further details were not disclosed in the statement, so it remains unclear whether the new agency will be part of the current disease control system or become an independent external body.

Caixin previously learned the new agency might combine the NHC departments responsible for public health and emergency response with the China Center for Disease Control and Prevention (China CDC), the country’s main protector of public health and safety.

If so, it will be given more independence to notify the public of health risks while drawing up development plans, Caixin has learned.

Changes to China’s public health system have been considered since Covid-19 exposed shortcomings in current disease control and prevention mechanisms, such as those which only permit centers to collect, sort and analyze data, not publicize it.

The NHC website says Wang, 60, who started his career in August 1984, was appointed head of Hubei Provincial Health Commission to fight the Covid-19 outbreak. He left the post in July.

Two of the new agency’s three deputy heads, Chang and Sun, come from NHC departments which are believed to have some disease control responsibilities, Caixin has learned.

Shen, 57, is a professor who obtained his Ph.D. in Epidemiology and Health Statistics in 1999 in Shanghai. He was appointed president of Nanjing Medical University in 2014 and a member of the Chinese Academy of Engineering in 2019.