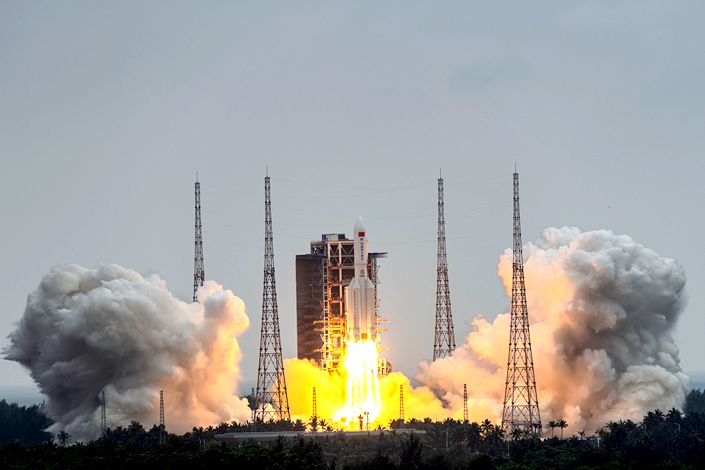 What’s new: A Long March-5B rocket carrying the core module of China’s first space station blasted off from the Wenchang Spacecraft Launch site on the southern island province of Hainan around 11:23 a.m. Thursday, according to state-run broadcaster CCTV.

The station’s core module, “Tianhe,” or “Heavenly Harmony,” is part of China’s space program to build its own space station. Apart from the module, a number of flight missions will be carried out subsequently to complete the construction of the Tiangong Space Station, according to state-run broadcaster CGTN.

The background: China is proceeding with development of the Tiangong Space Station while it is in Earth’s orbit, with construction slated to finish by next year. It will be the only station circling Earth after the service life of the International Space Station (ISS) runs out in 2024, Caixin has reported.

The Long March-5B rocket, a new large-carrier rocket, made its maiden flight in May 2020 launching space station modules.