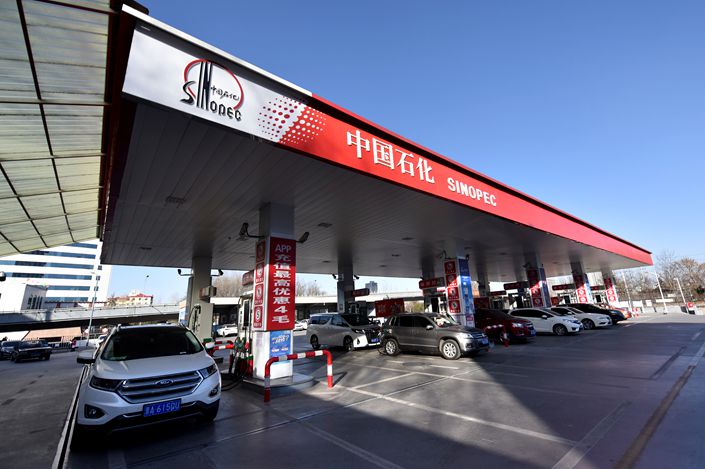 The petrochemicals titan, also known as Sinopec, reversed losses of nearly 2 billion yuan in the equivalent period last year, when the coronavirus outbreak triggered a collapse in production and a slump in oil prices.

The Hong Kong- and Shanghai-listed company’s net gains were up 22% compared with the first three months of 2019, well before the pandemic started. Revenues grew a modest 4.1% year-on-year to 577 billion yuan.

The disclosure adds Sinopec to an array of Chinese state-owned enterprises (SOEs) that have recorded bumper year-on-year profit rises from last year’s low base amid rampant demand and a supply squeeze in certain sectors.

Centrally administered SOEs tripled their net gains to 415.3 billion yuan during the first quarter, a record for the period and a rise of 31% from the first three months of 2019, China’s top SOE regulator said earlier this month.

Resurgent oil prices boosted Sinopec’s revenue in the three months through March, the company said. The spot price of Brent crude averaged $60.90 per barrel during the period, up 21% compared with last year.

Despite the oil giant’s recent forays into the renewable energy sector — it plans to build thousands of hydrogen, battery changing and solar generation stations in the next five years — the majority of capital expenditure in the period went toward its traditional oil and gas interests.

Refining accounted for the largest increase in spending as the company splashed 7.6 billion yuan on projects such as pivoting its 180,000 barrels-per-day Anqing refinery toward petrochemical production and the expansion of subsidiary Sinopec Zhenhai Refining and Chemical Co. Ltd.

But the bulk of Sinopec’s outlays went on exploration and production, which rose 48% year-on-year to 9 billion yuan as the company expanded crude oil and natural gas capacity, and moved ahead with the construction of two liquefied natural gas receiving terminals.

The same part of the business booked an operating profit of 1.9 billion yuan in the first quarter, nearly five times the amount recorded in the equivalent period last year, according to the earnings report.

Sinopec said it produced 117 million barrels of oil and gas equivalent in the first quarter, up 4.2% on last year. Natural gas production stood at 291.6 billion cubic feet, a 16.8% year-on-year rise.

The company posted an annual net profit of 32.9 billion yuan last year, a 43% decline on 2019, according to its annual report filed earlier this month.