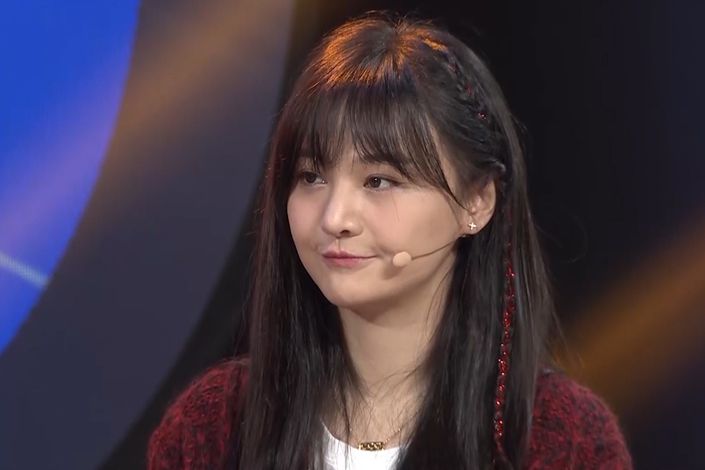 Actress Zheng Shuang faces a tax fraud probe after the father of her child alleged on social media that she had evaded taxes on payments for a 2019 television series. Photo: VCG

Star Chinese actress Zheng Shuang faces an official investigation after allegations she evaded taxes through a contract that paid most of her salary for a television series to a company controlled by her mother.

The outlawed but relatively common arrangement known as a “yin yang contract” has loomed over country’s film and TV industry since 2018, when a tax evasion probe into A-list actress Fan Bingbing signaled a crackdown on shady bookkeeping practices that sent chills through the sector.

Zhang Heng, a producer and Zheng’s former partner, on Monday posted a video (link in Chinese) on microblogging platform Weibo claiming that Zheng was paid 160 million yuan ($24.6 million) for her leading role in 2019 drama “A Chinese Ghost Story” (只问今生恋沧溟). That means Zheng made 2.08 million yuan for each day of filming, he said.

Zhang’s allegations against the onetime Prada brand ambassador are just the latest development in a bitter feud between the pair that reportedly began with a loan dispute. It exploded into public view in January when Zhang released audio of Zheng apparently seeking to back out of a planned child surrogacy arrangement.

So controversial is the issue of child surrogacy in China that the revelations saw Prada’s stock price drop 5% before the luxury fashion house severed its connection to the star.

According to Zhang’s latest allegations, to evade tax and get around rules that cap the maximum salary an actor can receive for a single role, Zheng’s production company agreed to pay her some 48 million yuan directly and invest the rest into a company controlled by her mother Liu Yan.

Zhang said Liu had told him that the production company would pay Zheng through Liu’s company to avoid a 20% personal income tax, saving her millions.

China’s taxation and broadcasting watchdogs have started investigating these allegations, according to a Xinhua News Agency report on Thursday, which also revealed that the Beijing Municipal Radio and Television Bureau has launched a probe into the TV drama.

In response to the allegation, Zheng’s representatives said (link in Chinese) Thursday that the tax department is checking her contracts and tax obligations, she is willing to accept any probe and that the final results will be disclosed to the public.

Zheng, 29, rose to fame with her role in Chinese TV rom-com “Meteor Shower” (一起来看流星雨) in 2009, and she has been dubbed one of the top four actresses of the generation born in the 1990s by the domestic media. She has about 1.25 million followers on Weibo.

In 2018, Fan Bingbing, a household name in China, was found guilty of tax evasion and was personally ordered to pay around 479 million yuan, while the companies the actress controls were on the hook for 404 million yuan.

In August 2018, several major video-streaming platforms and production companies — including iQiyi, Tencent Video and Youku — issued a joint statement saying that they would not produce or purchase a show that paid a single performer a salary of over 50 million yuan.