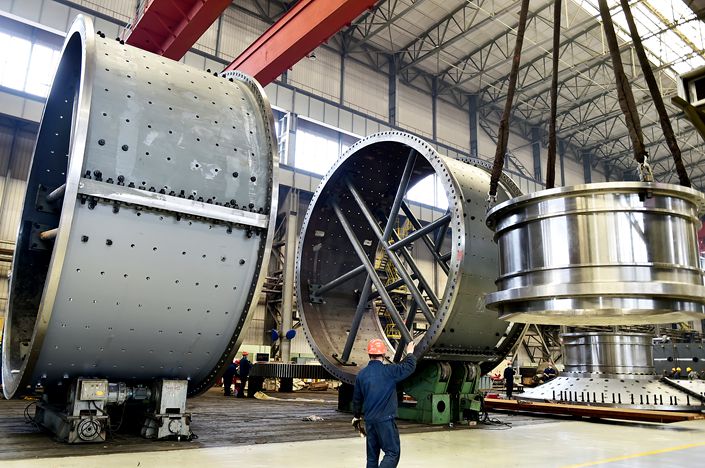 The Caixin China General Manufacturing Purchasing Managers’ Index (PMI), which gives an independent snapshot of the country’s manufacturing sector, rose to 51.9 in April from 50.6 the previous month, according to a report released Friday. A number above 50 signals an expansion in activity, while a reading below that indicates a contraction.

The reading, the highest since December and the 12th straight month of expansion, adds to evidence that the economy continues to recover in the post-epidemic period. China’s GDP grew 18.3% year-on-year in the first quarter of 2021 on a low comparison base, accelerating from 6.5% growth in the previous quarter.

The breakdown of the April PMI showed that total new orders rose at the quickest clip this year, supported by a further increase in new export orders. Manufacturing enterprises attributed the increase in the total to improved market conditions and greater customer demand.

As a result, goods producers further ramped up production in April, with the gauge for output rising to the highest level in four months. Backlogs of work also rose at the fastest pace in four months.

To support higher production volumes, manufacturing enterprises increased hiring in April, with the measure for employment breaking into positive territory after remaining in negative territory for four months in a row. The employment subindex hit the second-highest level since January 2013, although it was only slightly above 50.

Manufacturing companies held a positive outlook for their businesses for the next 12 months, though the measure for future output expectations fell to a three-month low in April. Their confidence was driven by hopes of an end to the pandemic and the release of pent-up demand, according to the survey.

Wang warned that inflation would be a focus in future as both the gauges for input and output prices have been on an upward trend for several months. In April, the gauge for input costs rose to the highest since November 2017. To take some of the pressure off, many manufacturing companies raised the prices they charged customers.