Draft Futures Law Brings Other Derivatives Under Its Scope, Raises Penalties for Violations 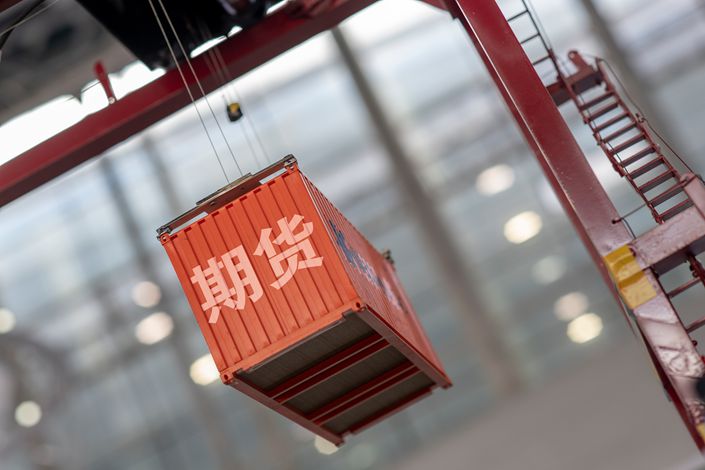 pictureIf passed, the draft Futures Law will promote the rules covering futures and other derivatives to the level of national law, from their current status as executive regulations. Photo: IC Photo

China’s first Futures Law looks set to govern far more than futures, as the latest draft of the legislation defines which derivatives will be covered under the law, which on Thursday was made available for public comment.

The draft legislation brings more of the complex financial instruments besides futures under the purview of Chinese law and raises the size of fines for violators.

Public comment on the draft will be open until May 28.

A derivative is a contract with a value that is based on fluctuations in the underlying asset, such as stocks, bonds, agricultural and industrial commodities, currencies, interest rates and their corresponding indexes. Common derivatives include futures contracts, forwards, options and swaps. Businesses and investors use them as a tool to mitigate risk.

The draft legislation covers futures and “other derivatives” that were defined as nonstandardized forward delivery contracts, including swaps, options and forwards.

The draft law stipulates trading, settlement and delivery rules for futures and other derivatives and bans illicit practices such as insider trading, market manipulation, and fabricating and spreading false or misleading information. Penalties for the violation of these rules could amount to millions of yuan, much higher than what are in current regulations, according to the draft law.

Investors have been watching whether “other derivatives” would be brought under the jurisdiction of the futures law after the failed speculation on a paper crude product sold by Bank of China Ltd. (601988.SH), a derivative based on crude futures, caused huge losses to retail investors amid a collapse in global crude prices last year. Investors were angry and some had sued the bank for its poor risk management. The banking regulator has punished the bank for its role in the failure.

Although the supervision of other derivatives is covered by the draft, it is still unclear whether it will be included in the final version of the law, a person who has participated in the drafting of the law told Caixin. The draft was submitted for a first reading this week to the Standing Committee of the National People’s Congress, the national legislature’s top decision-making body.

During the first reading of the draft, some lawmakers argued that the division of oversight powers could lead to conflicting regulations and low regulatory efficiency, calling for unified rules on all futures and other derivatives, sources with knowledge of the issue said.