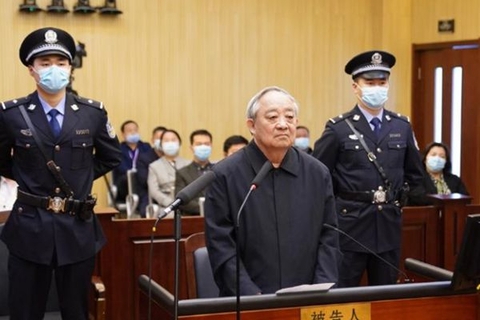 Yun, 71, was also the deputy Communist Party chief of Huadian before he retired in 2013. Huadian is one of China’s largest state-owned power companies.

Prosecutors accused Yun of accepting bribes between 1992 and 2016, when he took senior government posts in the coal-rich Inner Mongolia region and Shanxi province, as well as state-owned mining giant Shenhua Group and Huadian.

Yun made a confession during the court hearing. The court said a verdict will be announced at a later date.

Background: Yun was placed under party investigation in October 2019, six years after he retired from Huadian. The probe is part of a sweeping anti-corruption crackdown in the country’s power sector.

Yun’s former boss at Huadian, Li Qingkui, was also brought down on corruption charges after retirement.

During his tenure at Huadian, Yun heavily advocated for China Huadian to expand into upstream coal mining. He set a strategic goal for the power generator to develop coal mining through mergers and acquisitions in a restructuring plan. But some of the deals made paid high costs and triggered controversies, said a person with knowledge of the matter who declined to be identified.