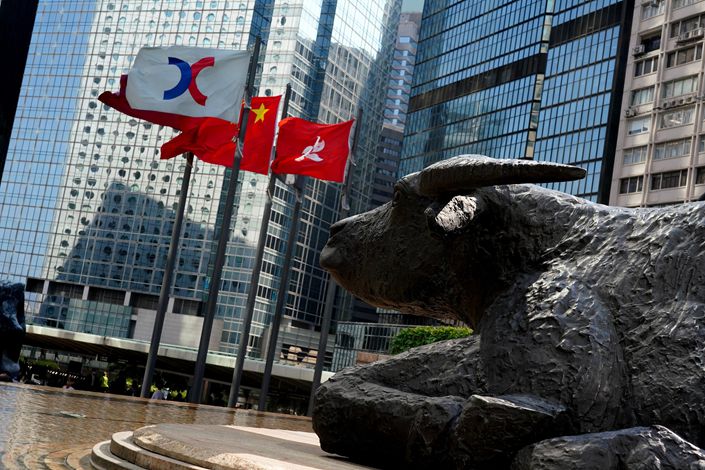 (Nikkei Asia) — Sales of shares in Hong Kong by already-listed companies have enjoyed their best-ever start to a year as issuers tap ample global liquidity and investors’ hunger for Chinese assets.

The sell-down of stakes by major shareholders, and follow-on share and convertible offerings from Jan. 1 to April 26, already reached $47 billion, nearly matching the $47.8 billion raised in all of 2020 and almost four times the deal volume during the same period last year, according to data compiled by Dealogic.

Investors’ thirst for returns amid low interest rates globally is spurring demand for shares, including initial public offerings and secondary offerings, prompting companies to shrug off a recent fall in stock prices. Volumes in Hong Kong have been helped by Chinese and global investors’ appetite for mainland shares that are benefiting from the economic resurgence in the country after gaining control of the coronavirus pandemic.

“There is a lot of liquidity in the system, and we are in a market where investors don’t really want to sell stock” but instead prefer to buy or hold shares, said Tucker Highfield, co-head of equity capital markets for Asia-Pacific at Bank of America.

“So, you have a backdrop where the expectation is the market will just grind higher,” he said. “The follow-ons represent a way of giving slightly discounted pricing to investors in a market that is expected to rise.”

Global liquidity has been underpinned by loose monetary policy, ultralow interest rates and fiscal stimulus plans unveiled by governments to contain the fallout from the pandemic. Hong Kong’s aggregate balances — the sum of balances in commercial banks’ clearing and reserve accounts with the Hong Kong Monetary Authority — is near record levels, according to data from the de facto central bank, fueling demand for riskier assets such as equities.

Asia ex-Japan mutual funds also are sitting on relatively high cash ratios, which is allowing them to “digest new supply,” Goldman Sachs analysts led by Si Fu in Hong Kong said in a report on April 30. Such funds hold about 3% of their total $151 billion assets under management in cash now, well above their historic average, they said.

New listings in Hong Kong have notched a record start to a year, too, with volumes in the first three months soaring to nine times that of the same period in 2020, according to data from the Hong Kong Stock Exchange.

Global secondary offerings, at $255 billion for the first four months of this year, also have had the fastest start to the year since at least 1995, according to Dealogic, though volumes are at 40% of the full-year total for 2020.

Hong Kong's secondary share-sale surge comes as new listings have lost some of their sheen, with the likes of online search operators Baidu Inc. and travel platform Trip.com Group Ltd. meeting with lower subscription levels than other recent Chinese mainland offerings and weak trading debuts. Nine of the 14 listings in Hong Kong since the beginning of March are trading below their issue price, according to stock exchange data.

Technology stocks accounted for half of the secondary offerings in the January to April period in Hong Kong, followed by health care, the automobile sector and consumer products, according to Dealogic.

Amsterdam-listed investment group Prosus’ sale of a 2% stake in Chinese internet conglomerate Tencent Holdings Ltd. for $14.7 billion last month was the biggest secondary-share sale this year. Prosus remains the largest shareholder in Tencent after the sale, with a 28.9% stake.

“China’s early recovery and continual demand for funds and the foreign inflows are a perfect match at the moment,” said market analyst Fraser Howie, co-author of the book, “Red Capitalism: The Fragile Financial Foundation of China's Extraordinary Rise.”

“With the centenary of the Chinese Communist Party coming up, there is a feeling that nothing will be allowed to derail Xi’s party and the money is flowing,” he said, referring to 100 years since the founding of the party and President Xi Jinping.

China, which was the world’s only major economy to grow in 2020, is seen expanding 8.5% this year, according to a survey of 32 economists by Nikkei. The economy is expected to gain from a revival in domestic and overseas demand for products and services after authorities last year brought the pandemic under control and vaccinations accelerate across the globe.

While the notional amount of equity issuance in Hong Kong is high this year, it still is well below the peak in 2016 and the past-decade average as a proportion of the aggregate market capitalization, the Goldman analysts said. Since the beginning of the year, the new capital raised has amounted to 2.1% of the prevailing aggregate market capitalization, compared with 3.4% in 2016 and the 2.4% average since 2011, they said.

The capital raising in Hong Kong also is being indirectly supported by mainland investors, Goldman’s analysts said. On average, mainland investors’ buying accounts for 10% of additional placements of more than $2 billion and up to 50% in some transactions through the stock connect program that links Hong Kong with the stock exchanges in Shanghai and Shenzhen.

Mainland investors “may not be able to directly participate in offshore placements, but their involvement post the transactions has been noticeable,” the analysts at Goldman Sachs said.