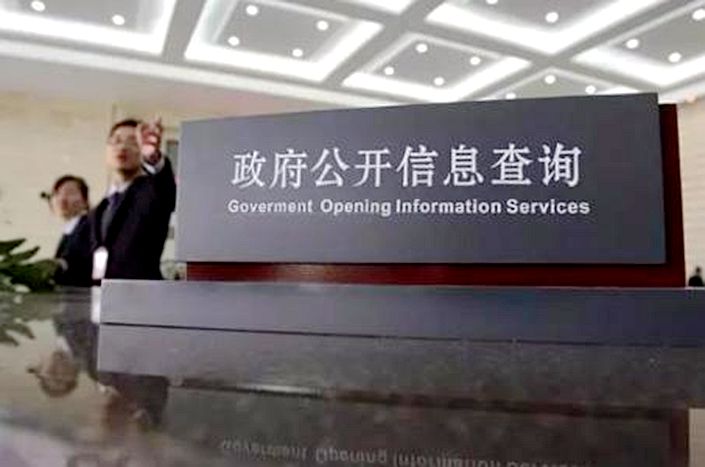 The government’s information disclosure system is intended to act as a guarantee that all citizens can obtain government information in accordance with the law. Annual reports offer a key glimpse into the system’s workings.

According to the Open Government Information Regulation that came into force in 2020, administrative organs at all levels must publish annual reports on the disclosure of government information prior to March 31 each year.

Release of the 2020 reports began on Jan. 1. On Jan. 22, the Ministry of Finance was the first to release its 2020 report on its official website; it was followed by other State Council departments. Most published their annual reports for the previous year at the end of January. Most provincial-level governments released theirs at the end of March.

Standardizing the issuance of annual reports

The majority of ministries and commissions published their annual reports within the statutory period, showing an increase in attention to this requirement. The regulation stipulates that departments responsible for information disclosure should release reports according to a nationally unified format, increasing the reports’ levels of standardization and digitization. Prior to the revisions, releases were often late and core content was frequently omitted.

All the interviewed experts affirmed the annual report’s improving formalization and standardization. Professor Wang Xixin of Peking University Law School told Caixin that since a format had been specified for the reports, their unity has greatly improved.

However, most provinces’ reports focus on the government’s actively disclosed information, but stay silent about the content involved in applications for information disclosure or the main issues surrounding administrative reviews and proceedings, which are often simply replaced with tables of data. Wang warned against the annual report becoming a numbers game: “Necessary as numbers are, they cannot replace explanation and specification.”

Statistics show the number of government information disclosure applications vary significantly among regions, with coastal and highly developed areas coming out on top. In the past three years, Guangdong, Jiangsu and Shandong provinces, as well as Beijing and Shanghai, have maintained a high volume of applications — each receiving more than 25,000 per year. Guangdong is the only one to break 40,000, with an average of 48,135 applications per year.

In 2020, Guangdong received 47,641 new applications, ranking first in the country, followed by Beijing and Jiangsu with 36,988 and 30,513 applications respectively.

In economically developed eastern regions, members of the public have a greater awareness of their rights and are more adept at dealing with the information disclosure system. Besides, coastal areas have a higher frequency of economic activity, which creates more chances for conflicts of interest, thus entailing higher requirements for law-based government administration, administrative reviews and litigation, according to Wang Jingbo, professor at the University of International Business and Economics and secretary-general of the China Administrative Law Society.

In the 2020 annual reports, the vast majority of provincial-level governments (except Shandong, Zhejiang, Shaanxi and Guizhou provinces), failed to mention the content of information disclosure applications and the focus of administrative disputes. According to the annual reports of the four provinces that did mention these, we can see that information on land requisition and resettlement was one of the public’s biggest concerns and the likely trigger of administrative disputes.

In Shandong, applications related to land requisition, demolition and resettlement, and housing compensation account for more than half of the total and “can reach 70% to 80%,” said a staff member of the Government Affairs Openness Office under the General Office of the Shandong government. In Shanghai, a local official said that as housing prices are relatively high and thus the economic interests involved in relocation and demolition are quite large, citizens have great need of relevant government information once related disputes arise. In Beijing, a local official told Caixin that there are a relatively large number of applications concerning land requisition as well as relocation and compensation for relocation, and that “this probably has something to do with the increase in applications.” Finally, a Hubei government employee said that they have received a lot of applications related to land requisition information as well as social security.

Notably, the number of applications received by the Ministry of Veterans Affairs has now risen for three years in a row. Information disclosure applications for the resettlement of veterans account for a relatively large portion of the total — about 10%, specifically, according to the Shandong government staff member. He explained that veterans’ resettlement involves a special population, and that the relevant policies vary by year, or even within a year. “Some veterans work in government departments after passing relevant examinations, some go to enterprises, and some find jobs on their own. For the last category, disputes will probably occur if jobs fall short of their expectations.”

Most regional government disclosure rates below 50%

Of all reasons for government information non-disclosure, “not providable” was the most common, followed by “not discloseable” and “not processable.”

Why are disclosure rates generally low? The abovementioned Shanghai official informed Caixin that in the eastern metropolis, many submitted applications do not meet the requirements for government information disclosure; for example, some information that citizens requested for disclosure touched on nongovernmental areas managed by Communist Party committees, people’s congresses or procuratorates rather than administrative organizations, while other involved both the government and the party.

Besides these, he explained, a large number of applications should actually be categorized as complaints, proposals or reports. “These applications are actually complaints and proposals aimed at addressing certain problems rather than requests to disclose information.”