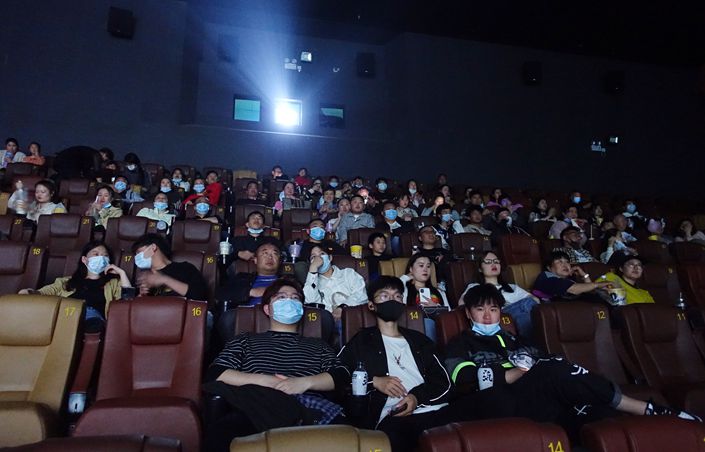 China’s box office surpassed pre-pandemic levels to set a new record during the five-day May 1 holiday, as a romantic comedy that received lukewarm reviews beat out the latest offering from acclaimed director Zhang Yimo.

The nation’s movie ticket sales totaled 1.67 billion yuan ($258 million) for the long holiday that began on May 1, according to the China Movie Data Information Network. That represented a 9.36% rise from 2019, the last year before the global pandemic. Most of China’s movie theaters were still closed during last year’s holiday.

While the box office returned to growth during the 2021 holiday, the rate was still notably slower than the 52% growth seen in 2019, and the 28% from 2018. The latest performance continues a trend seen for all of this year, with the holiday box office setting records on every public holiday as people returned to theaters in droves as life in China largely returned to normal with its outbreak under control.

Despite getting lukewarm reviews, “My Love,” a remake of a South Korean romantic comedy that follows a couple over 15 years starting in high school, took the title on the first three days of the holiday, including 155 million yuan on May 1.

But its momentum slowed and it was overtaken on the last two days of the holiday by “Cliff Walkers,” Zhang’s first spy thriller set during the 1930s in the city of Harbin, in what was then Manchukuo, the puppet state set up by Japan in today’s Northeast China.

The box office rebound came as broader tourism numbers during the holiday period bounced back to near pre-pandemic levels.

The nation’s Ministry of Culture and Tourism said the number of domestic trips taken during this year’s holiday was up slightly from pre-pandemic levels to 230 million, representing 103.2% of the number from the same period before the pandemic. Domestic tourism-related spending during the holiday was weaker, totaling 113.2 billion yuan, representing 77% of pre-pandemic levels, it added.