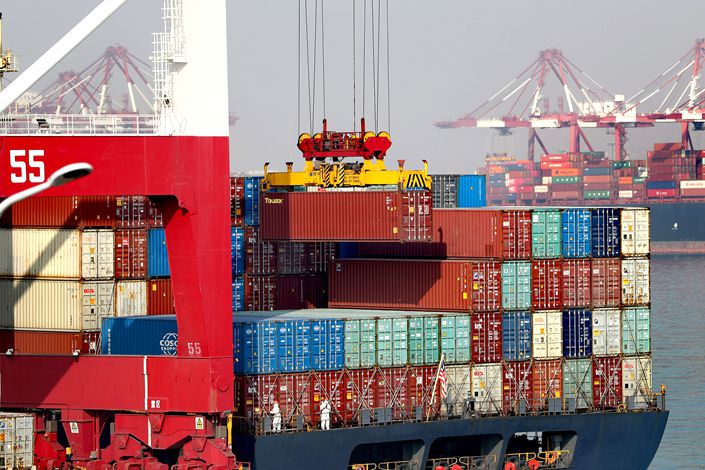 China’s exports rose by a higher-than-expected 32.3% year-on-year in April, while imports jumped by 43.1%, adding to signs that the economy continues to recover from last year’s Covid-19 pandemic amid increased demand from countries still struggling to contain outbreaks of the virus.

Exports rose to $263.9 billion last month, data (link in Chinese) from the General Administration of Customs showed Friday. The pace was faster than the median forecast for 21.3% growth in a Caixin survey (link in Chinese) of economists and was up from a 30.6% increase in March.

Imports rose to $221.1 billion in April, marking the fastest expansion in more than a decade, the data showed. The growth was slightly above the median forecast in the Caixin survey for a gain of 41% and was higher than 38.1% year-on-year growth in March.

Although the strong growth in April’s data was due in part to a low base of comparison in 2020 when the pandemic brought economic activity in much of the country to a halt, this year’s April exports were also 36.3% higher than the same month in 2019 and exports in March this year were 21.6% higher, according to economists at Nomura International (Hong Kong) Ltd.

Using the same calculations, import growth was 22.5% in April compared with the same month in 2019, down from 36.2 % in March this year, the economists said.

“The global demand recovery supported by fiscal support and vaccination rollouts has helped to fuel export growth this year,” Eric Xin, economist at HSBC Bank PLC, wrote in a research note. “Imports surged … due to a low base, continued domestic recovery and rising commodity prices.”

Stimulus policies in developed countries, especially the U.S., sustained overseas demand for goods manufactured in China, said the Nomura economists. In addition, the worsening pandemic in emerging market countries, including India and the 10-country Association of Southeast Asian Nations, have led them to rely on China for personal protective equipment and other products to combat the epidemic, the economists said.

Also, those countries struggling with the coronavirus have become less competitive against China in terms of manufacturing and supplying goods to the rest of the world, thus helping boost external orders for Chinese exporters, they said.

China’s export growth is expected to stay strong into the second half of this year, as the booming U.S. economy and the Covid-19 crisis in India will likely continue to favor Chinese manufacturers, said Zhang Zhiwei, chief economist at Pinpoint Asset Management Ltd.

Exports will be a key pillar for growth in the Chinese economy this year and will also help the yuan outperform other emerging market currencies, said Zhang.

Imports may see softer growth rates in the coming quarters, though they are likely to remain healthy, said HSBC’s Xin. That’s because of a fading base effect and expectations for global commodities prices to fall in the second half of the year, she said.