By Guo Yingzhe and Wu Yujian 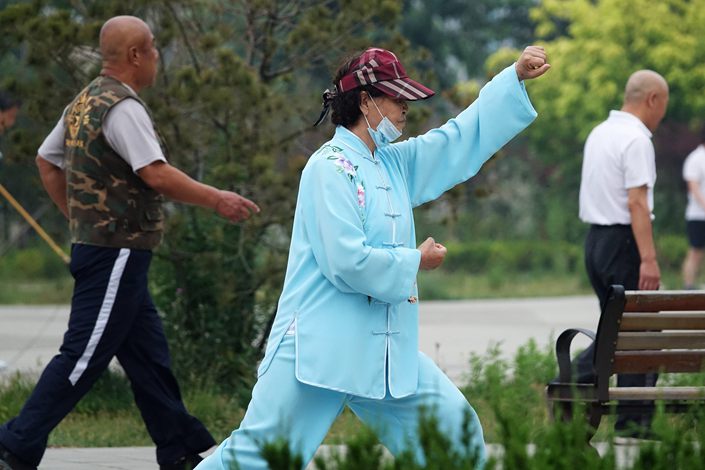 China will soon launch a new pilot program for private pension funds as part of efforts to overhaul its strained system for retirement savings.

The country’s top insurance regulator proposed a new product after policymakers vowed to make private pension funds the crucial “third pillar” (第三支柱) of the national pension system, as a number of officials and economists worry about the financial sustainability of the current state-dominated system, warning that it might soon run short of funds.

The “special commercial pension insurance” (专属商业养老保险) program will be tested out in East China’s Zhejiang province and the southwestern municipality of Chongqing starting on June 1, according to a notice (link in Chinese) Saturday from the China Banking and Insurance Regulatory Commission.

Unlike state-run pension systems, individuals don’t have to contribute to these accounts on a regular basis. Their money will be invested on their behalf by the insurance company. After account holders turn 60, they will be able to start dipping into the accounts. However, they will have to take the payouts over a period of at least 10 years.

The idea is that the flexibility of these accounts will help workers who are self-employed or do not have regular full-time jobs — such as those in the emerging gig economy — to prepare for retirement, according to the product plan.

China has as many as 200 million people under-covered by the current pension system, many of whom do not have regular full-time jobs, analysts at Guotai Junan Securities Co. Ltd. wrote in a Sunday note (link in Chinese). This fact might be why regulators have them in mind for this program, the analysts said.

China’s pension system is currently dominated by the state-run “first pillar,” which is basic pension insurance funds that are generally managed by provincial-level governments. As of 2018, the first pillar funds accounted for 74.7% of the total pension funds in China, while the funds in enterprise annuities and occupational annuities — the “second pillar” — made up 25.3%, according to a report (link in Chinese) last year from state-backed think tank the National Institution for Finance and Development.

Alarming signs have emerged. Last year, China’s social insurance funds reported the first annual deficit on record. The Insurance Association of China (IAC) estimated (link in Chinese) last year that the country could suffer an 8 trillion yuan ($1.2 trillion) to 10 trillion yuan pension shortfall over the next five to 10 years.

It said the third-pillar pension system is underdeveloped and needs support policies, such as preferential tax and subsidy policies, to help it grow to the point where it can help shore up the country’s broader pension system.