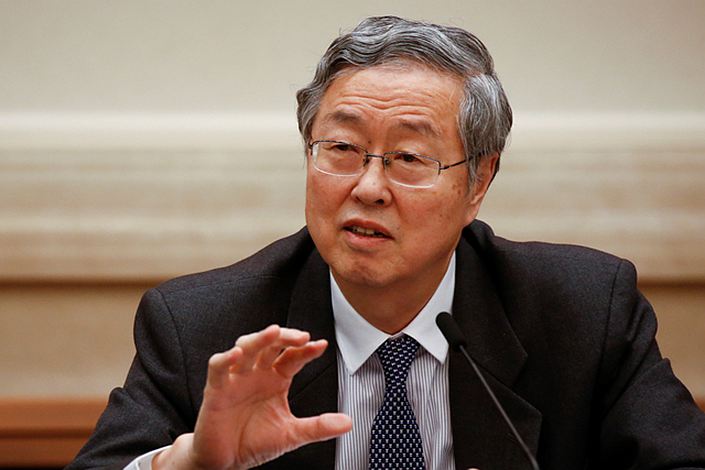 Recently, some regions have been facing pension shortfalls in China, throwing the issue of pension reform into sharp focus. Pension reform involves a complex, multilayered system that needs to consider the interests of all parties involved. It is hard to arrive at a consensus as stakeholders have different goals. Implementing the reform tests policymakers’ wisdom and knowledge of economics.

In the 1980s, as a far-sighted thinker, Zhou Xiaochuan, former governor of the People’s Bank of China (PBOC), thought about the issue carefully, saying that China’s pay-as-you-go (PAYG) pension system was unsustainable given the country’s aging population. Over the next four decades, he has kept up with the issue. His October 2020 book, “Framework and Path of Pension Reform,” collected his years of insightful thoughts about and research into this issue.

From an economics standpoint, based on case studies from home and abroad, Zhou analyzes the goal, the path, and the timing of pension reform through a simplified and systemic thought process. Meanwhile, he suggests a package of reform ideas. His book is easy to read and well thought out. It can help everyone, especially policymakers, to build consensus and determination to push the reform.

Zhou’s policy insights have been forward-looking. In his view, China’s current pension system is unsustainable at the macro level. Regarding the complex issue, he proposed a systematic package of reforms. This package not only involves pension reform, state-owned enterprise (SOE) reform and capital market development, among other things, but also presents a path of reform probably lasting for years.

Firstly, as China’s aging population continues to grow, it is inevitable that the country will shift its focus from the PAYG defined benefit (DB) system, where the amount paid upon retirement is based on years of working and salaries, to an advance-funded defined contribution (DC) system, where contributions build up a fund that provides income during retirement.

The DB system involves using the younger generation’s money to fund the older generation’s pension benefits. If the average lifespan, birth rate, and median age all remained fixed, the system could work through both current and future issues. However, with population aging accelerating and life expectancy at birth rapidly rising, the current PAYG DB system is unsustainable. China’s pension gap is growing and the financial sustainability of its pensions is increasingly becoming an issue. Zhou made the significant judgment 20 years ago. That’s why the former central banker has been committed to delivering warnings and giving policy proposals.

China’s public pension system includes the PAYG social pooling account coupled with accounts for individuals. It can increase the proportion of pension contributions that go into individual accounts gradually, and use tax incentives to encourage individuals to make pension savings and investments to ensure the sustainability of the system.

Secondly, we should not only pay attention to the balance between income and spending of the pension fund as a whole, but also focus on the influence of the system’s reform on business competitiveness and labor productivity. Under the current PAYG system, China meets the rising demand of pension payments by increasing contribution rates and pushing its rates to a high level globally, which makes domestic companies less competitive. From 1986 to 2005, China’s pension contribution rates were rising. They reached 28% in 2005, with employers contributing 20% and individuals contributing 8%. Compared with both the advanced countries of the Organization for Economic Co-operation and Development and major developing countries, China’s rates were among the highest.

Rising contribution rates are unacceptable for businesses. In 2019, the rates they contributed were reduced to 16% from 20% amid company complaints. However, the move led to an even more unbalanced pension system. Globally, the burden brought by these contributions is a major factor affecting the competitiveness of businesses.

Thirdly, it will take several years to complete China’s pension reform, and we should tackle the differences between generations. Transfers of state-owned assets can ensure a smooth transition between the old and new systems. Intergenerational equity needs to be taken into account when dealing with the problem of the empty individual accounts of workers of different generations who have different jobs.

Zhou advises that with regard to empty individual accounts, it is appropriate to use state-owned capital to fill them as low employee benefits were a major source of the accumulation of vast state-owned assets.

In 2017, China issued a policy for transferring 10% of state-owned capital to the social security fund, which was established to make up for pension shortfalls. Experts expected that if completed, the country’s contribution rates would decrease 3 to 5 percentage points.

Fourthly, an advance-funded DC system can promote positive interactions between pension reform and the capital market. Since the system emphasizes the role of individual responsibility in contributing to pensions, it creates a connection between responsibilities and benefits. In addition, the system turns households’ short-term savings into long-term capital, which can help develop China’s direct financing market and support its deleveraging.

Reform of the pension system can also be beneficial to promoting the development of institutional investors and stabilizing financial markets. China’s capital market has long been characterized by its multitude of retail investors, coupled with high volatility and strong speculation. That hurts the attractiveness of the capital market and its capability to serve the real economy. With their advantages in information and scale, institutional investors have a more professional and scientific model for making investment decisions than their retail counterparts. Consequently, increasing their market presence can help the development of China’s financial markets.

Zhou adheres to the market principle when discussing the issues related to China’s reforms. A reform package will be sustainable in the long run only if it follows the basic principle of incentives, taking the interests and initiative of all parties into account. Many parties are involved in pension reform and their interests are complex. Thus, we should put more emphasis on figuring out how to best employ incentives.

First, the reform should finesse the issue that different interested parties have their own goals. The parties include the central government, local governments, companies and individuals. For example, both governments and companies may be reluctant to really make individual accounts available due to short-term negative effects such a change will have on them. Thus, we should identify the complicated relationships and create a reform package that is relatively fair for all parties.

Second, China’s pension reform should focus on incentive mechanisms for companies and individuals. Reforms based on incentive mechanisms are not only significant to the sustainability of the pensions, but also have a profound impact on the country’s economic efficiency. In view of these, Zhou stresses that China should increase the proportion taken by individual accounts, even to the point they include both the contributions of companies and individuals. That’s because if the contributions are not included in the accounts, or defined as employee compensation, the incentive mechanisms will not work. That will lead to lower productivity and employee morale.

Third, China should comprehensively plan its incentives. Actually, there has been some discussion on whether China’s pension funds should be under unified national or regional management. In the short term, a unified national management system can strengthen the ability of regulating the surpluses and deficits in the country’s regional pension funds. However, in the long run, the risks of moral hazard will be evident and it will detrimental to the sustainability of the pension system.

A unified regional management system respects the large differences in economic development among China’s regions, which is more conducive to the long-term sustainability of the pension system.

Currently, we should encourage local governments to seek out different paths of reform and try out different pension management systems. The better ones will emerge through moderate competition. With regard to regions with a surplus of pension funds, the willingness of local residents to make contributions will fall if they don’t have the incentive of gaining more for contributing more. As for less developed regions, the number of residents who are eligible for pensions may spike if it is expected that the responsibility for pension liabilities can be passed onto the central government. In addition, there is also the issue of whether China should maintain one pension investment institution or several. Probably, a limited number of such institutions is the right choice.

Reforming China’s pension system is very difficult and is related to various interest groups. However, if we consistently procrastinate, there will be a greater risk. Thus, we must get the reform done as soon as possible.

First, it is not easy to achieve consensus and summon the collective will to advance China’s pension reform. We should have both historical and international perspectives, knowing the distortion of the current system. With more than three decades of the one-child policy, the problem of China’s aging population will take on greater urgency. In the early 2000s, the country made up its mind to transfer state-owned capital to strengthen its social security fund but didn’t see it through, which played an indirect role in the increasingly higher contribution rates.

As a participant in and witness to many of China’s reforms, Zhou has a lot of insightful ideas. In China, some major reforms, especially their long-term goals, must be clearly argued, Zhou said in a conversation. The pace of pushing reforms in the right direction doesn’t matter, while the worst thing is to stray from the country’s long-term direction to hit short-term targets, he said. At present, China’s pension reform is under high pressure and faces many difficulties. We must push the reforms in the right direction. Not doing so will come at an enormous cost.

Xu Zhong is a deputy secretary-general at the National Association of Financial Market Institutional Investors and former head of the People’s Bank of China’s research bureau.