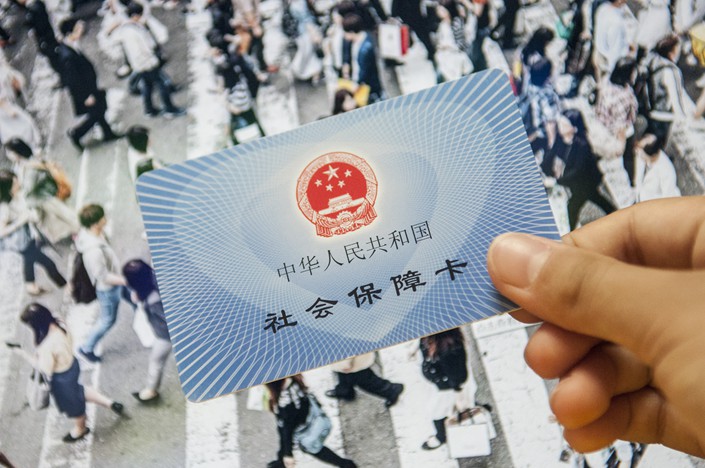 Experts have been calling for a while for transfers to bolster pension funds, especially as the country last year sought to aid virus-hit companies by temporarily exempting or cutting firms’ contributions to social insurance funds.

China has completed transferring a portion of state-held equity in central government-managed state-owned enterprises (SOEs) to its national social security fund, in response to concerns over the sustainability of the pension system as the country’s population rapidly ages.

The asset transfers, which have long been criticized for proceeding too slowly, mark the latest progress in the central government’s three-year campaign to stem a looming pension shortfall.

By the end of last year, China had transferred around 1.68 trillion yuan ($260 billion) worth of shares in 93 central government-administered SOEs to the national social security fund , the Ministry of Finance said in a statement (link in Chinese) Tuesday. For shares of SOEs controlled by local governments, authorities have not disclosed the total amount transferred.

The transfers, which allow the fund to earn dividends from the state firms’ equity, help create a fairer and more sustainable pension system and provide the public with a share of SOE profits, the statement said.

Set up in 2000, the national social security fund mainly acts as a reserve to make up for shortfalls in pension funds. It is separate from local government-managed social insurance funds, including those for pensions, health care and unemployment.

The transfer policy, which dates back to 2017, requires large and midsize SOEs controlled by either the central or local governments to donate 10% of their state-owned equity to the reserve fund. Two months after the State Council called for greater progress (link in Chinese) on the equity transfers in July 2019, several central government ministries set up a timetable requiring the state firms to complete the transfers by the end of 2020.

Before the central government’s push, progress had been slow, partly because some existing state-owned shareholders were unwilling to cooperate, knowledgeable sources told Caixin previously. As of the end of March 2019, 23 central government-administered SOEs had transferred combined equity worth only 113.2 billion yuan, according to a report from the National Audit Office.

Experts have been calling for a while for transfers to bolster pension funds, especially as the country last year sought to aid virus-hit companies by temporarily exempting or cutting firms’ contributions to social insurance funds, which include pension funds.

As of December, China’s pension funds for urban workers had a surplus of over 4 trillion yuan (link in Chinese), and the national social security fund was more than 2 trillion yuan in the black, according to the Ministry of Human Resources and Social Security.

Even before the pandemic, the country’s pension funds were already stressed after the central government in March 2019 ordered a reduction in companies’ contribution rates to the pension funds.

The Chinese Academy of Social Sciences, a government-backed think tank, warned that China’s pension funds’ surplus will fall to zero in 2035 after peaking in 2027 at 6.99 trillion yuan, even after government subsidies were taken into account.

A potential threat of a pension shortfall in China comes against the backdrop of a rapidly aging society and a shrinking workforce burdened with supporting the growing numbers of the elderly. In 2050, the annual balance is expected to fall into an 11.28 trillion yuan deficit, with each pensioner being supported by one worker, down from around two workers at present, the think tank said in a 2019 report.