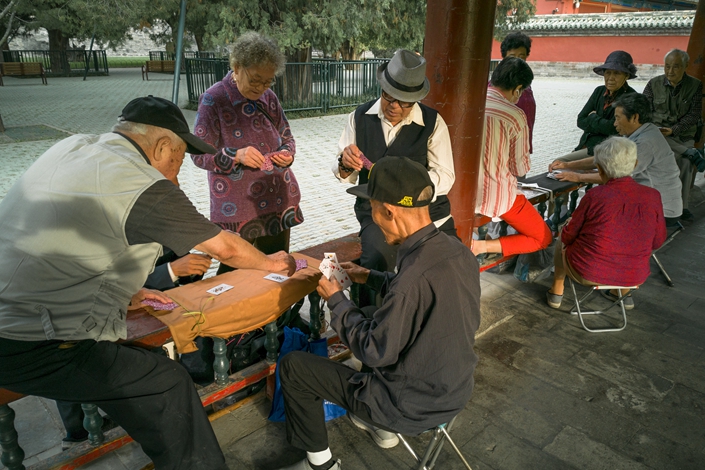 As China tries to stem a pension shortfall, the government has ordered state-owned enterprises (SOEs) to stop dragging their feet on the mandated transfer of equity to the national social security fund.

The national social security fund is mainly charged with making up for pension shortfalls, and is separate from the country’s local government-managed social insurance funds including those for medical insurance and pensions. Lou Jiwei, a former finance minister, told Caixin in March that the equity transfer program aims to help shrink the gap between pension funds’ revenue and expenditure as the population ages and pension payouts increase.

The State Council, China’s cabinet, said in November 2017 that before the end of the year it would choose a few SOEs to join a pilot equity transfer program, with more firms to be included in future. In March 2018, the country’s top SOE regulator chose the first SOEs to be included, namely China Unicom, China Nonferrous Metal Mining (Group) Co. Ltd., and China National Agricultural Development Group Co. Ltd.

However, progress has been slow, according to a June report from the National Audit Office, the country’s top auditor. As of the end of March, a total of 23 centrally administered SOEs had made transfers, worth in total 113.2 billion yuan ($16.8 billion), only a fraction of the target. On the local level, only four provincial governments had started the transfer process by March, the auditor said. It didn’t specify which provinces.

In 2018, China’s pension funds for urban workers collected 3.7 trillion yuan and handed out 3.2 trillion yuan in payments, official data showed (link in Chinese). At the end of that year, the funds had a balance of about 4.8 trillion yuan.

However, the surplus will fall to zero in 2035 after peaking in 2027 at 6.99 trillion yuan, taking into account government subsidies, according to an April report from the Chinese Academy of Social Sciences.

Pressure on the pension system has been rising. Currently, each pensioner is supported by around two workers, but in 2050, that will be down to only one worker, the report said.

Last year, there were almost 250 million people over the age of 60 on the Chinese mainland, accounting for nearly 18% of the population, government data showed (link in Chinese).