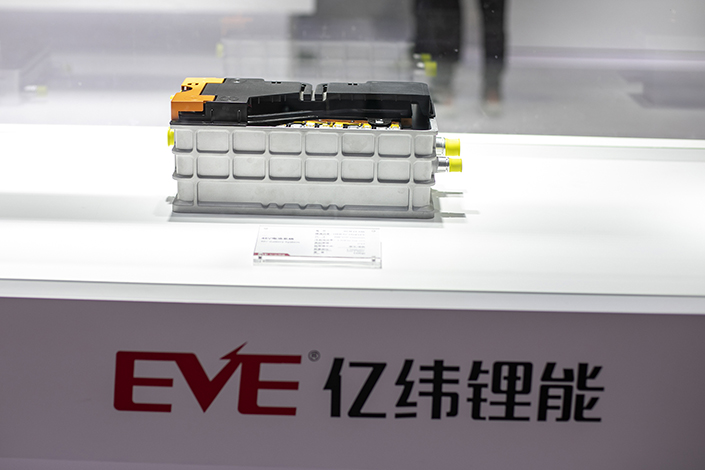 Shares of battery-maker Eve Energy Co. Ltd. (300014.SZ) extended a rally on Monday, bringing their gains over the last three trading days to nearly 20%, even after the company denied a media report that it was in talks to become a supplier for global electric vehicle (EV) superstar Tesla Inc.

The Shenzhen-listed stock rose 5.5% on the week’s first trading day to close at 101.90 yuan, representing an 18% gain from its close last Wednesday.

Most of the gains came after Reuters, citing four people familiar with the matter, reported Eve was in talks to supply lithium iron phosphate batteries to Tesla’s production facility in Shanghai. The report said Tesla hoped to finalize a partnership by the third quarter, and added that Eve Energy would become only the second supplier of lithium iron phosphate batteries for the facility after Chinese giant Contemporary Amperex Technology Co. (CATL).

“The company has had no business communication with Tesla about lithium iron phosphate batteries, and the above reports are baseless,” Eve Energy said in its brief statement (link in Chinese) to the Shenzhen Stock Exchange date on Sunday.

Eve’s addition to Tesla’s supply chain would come as a major boost to the company based in the city of Huizhou in South China’s affluent Guangdong province. The company was already posting strong growth on the back of China’s rapid ramp-up of its new energy vehicle (NEV) sector, reporting its revenue rose 27% last year to 8.2 billion yuan ($1.3 billion).

But Eve Energy’s profits rose by a much slower 8.5% to 1.65 billion yuan, reflecting growing competition as both domestic and foreign rivals ramp up production in a fight for share of what many believe will become a major industry of the future.

Meantime, Tesla is almost certainly looking for new suppliers for its Shanghai plant that began production at the end of 2019 and has helped the company to quickly dominate China’s young NEV market with its Model 3 and more recently its Model Y model.

The company sold 34,635 electric vehicles in March, making it the industry’s top player with 21.7% of the market, according to the China Passenger Car Association. But its market share is actually much higher for traditional cars, since the No. 2 player is a joint venture between General Motors and Shanghai’s SAIC that has found a niche making electric quadricycles — vehicles that are completely enclosed but are far smaller and travel at lower maximum speeds than traditional sedans.

Excluding those quadricycles, Tesla accounted for roughly a third of all NEVs sold in China in March.