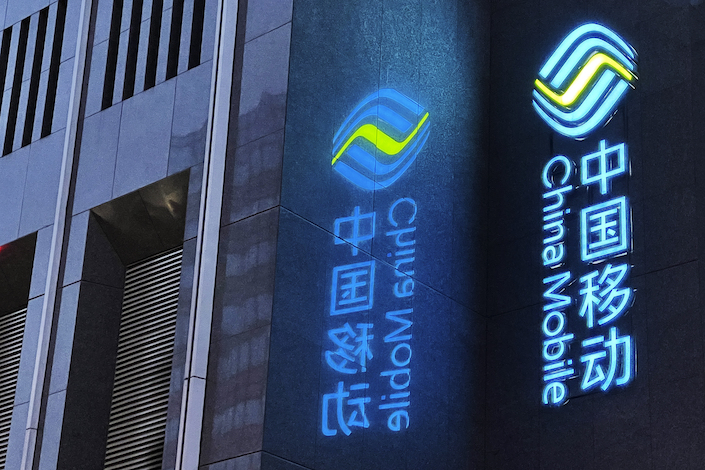 China Mobile said it will sell as many as 964.8 million shares, or 4.5% of its total issued shares, on the Shanghai Stock Exchange.

Red-chip companies are Chinese mainland-based enterprises incorporated internationally and listed in Hong Kong. China Mobile’s plan to enter the mainland A-share market follows a similar move by Hong Kong-traded rival China Telecom Corp. Ltd., which said in March that it plans a Shanghai main board offering that could raise $4 billion.

Both companies are being kicked off the New York Stock Exchange after former U.S. President Donald Trump issued a November executive order barring American funds and investors from owning stock in companies believed by the government to have ties to the Chinese military.

China Resources Microelectronics Ltd., the largest integrated device manufacturer in China and a unit of Chinese state-owned conglomerate China Resources Holdings Co. Ltd., became the first red-chip company to issue A-shares on the mainland in February 2020, but its listing is on the Nasdaq-like STAR Market. China Telecom’s mainland listing will follow a different path from that of China Mobile because China Telecom is an H-share company incorporated in the mainland rather than abroad like China Mobile.

In May 2020, China lowered the listing threshold for red-chip companies to help lure the stocks to domestic markets. Under the new rules, red-chip companies can offer shares on the mainland either as China Depositary Receipts (CDRs) or through the direct sale of A-shares.

China Mobile is choosing the A-share route to sell as many as 964.8 million shares, or 4.5% of its total issued shares, on the Shanghai Stock Exchange at an undisclosed price, according to a filing with the Hong Kong Stock Exchange.

An investment banker in Beijing told Caixin that most red-chip companies prefer direct offerings of A-shares rather than CDRs due to concerns about regulatory uncertainties. But in some ways that’s the tougher path and means the company’s A-share flotation won’t go quickly because changes have to be made to both listing regulations and company governance, an investment banker told Caixin.

Under the CDR model, issuers don’t need to adapt to domestic corporate law, meaning the governance structure, financial disclosures and audits of red-chip companies do not need to be changed. Under the A-share model, issuers need to meet more domestic regulatory requirements.

Chinese regulators modeled CDRs after U.S.-traded American depositary receipts in the hope of luring Chinese tech companies that trade in New York. But the first significant attempt to issue CDRs by smartphone maker Xiaomi fell apart in the face of regulatory demands from Beijing.