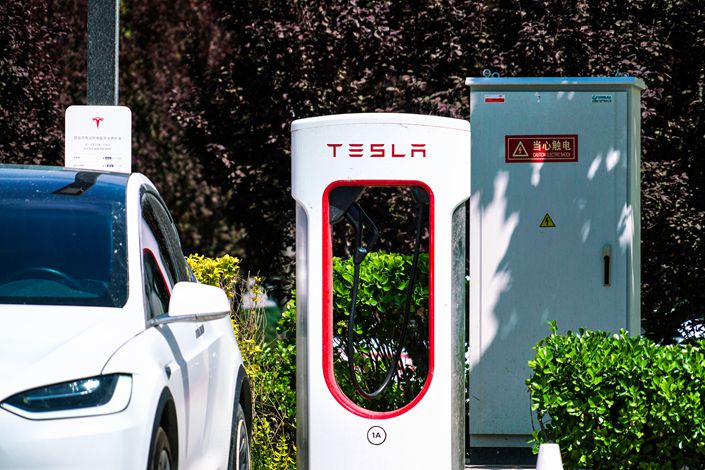 Tesla Inc. is assisting an investigation into a crash in eastern China in which one traffic officer was killed and another injured.

Police in the city of Taizhou said in a statement (link in Chinese) on Tuesday that one of the officers, named as Chen Xiyong, died from his injuries, while the other was recovering. The driver has been detained.

No further details were given. Tesla expressed its condolences, saying (link in Chinese) it would not comment further while the investigation was continuing.

The particularly heated domestic reaction to the deadly crash follows a succession of issues that have chipped away at Tesla’s luster in its key China market in recent months. China accounts for around 30% of the company’s global sales.

The Nasdaq-listed automaker is at the center of a probe into another crash earlier this month in the southern province of Guangdong, which caused the death of a Tesla driver.

Last month, a protester at one of China’s two largest auto shows climbed atop a Tesla exhibit and loudly alleged that the company’s brakes had safety issues.

The Elon Musk-founded firm’s woes don’t end there. The Chinese government recently blasted Tesla’s treatment of certain customers and reportedly banned its cars from military facilities out of fear that the vehicles may be collecting sensitive data.