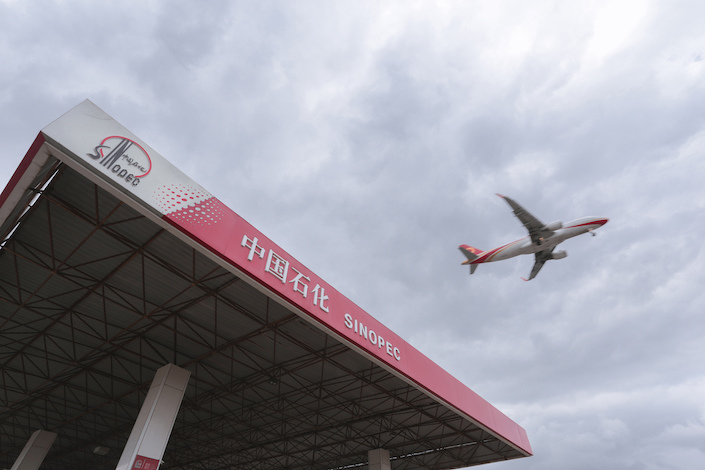 State energy giant Sinopec put into operation a solar-powered gasoline station that it describes as China’s first “carbon-neutral” service station, the company said Tuesday. The Jiaze station in Changzhou, Jiangsu province, is equipped with solar panels that are projected to generate 127,000–147,000 kilowatts annually. That would more than offset the 99,000 kilowatts the station consumed in 2020 and would lower carbon dioxide emissions by 91.2 –105.6 tons, the company said.

Li Anqi, a former China National Petroleum Corp. (PetroChina) executive, was detained as part of a corruption investigation, Caixin reported. Li was a vice president of a PetroChina division that’s developing the country’s massive Changqing oil field. His arrest is related to a case involving Tang Xin, the oil field’s chief dispatcher, who was detained in January on suspicion of corruption, Caixin learned.

Dong Ruizhang, a vice president of Kunming Iron and Steel Group Co. Ltd., is under investigation for “serious violations of discipline,” according to authorities in Southwest China’s Yunnan province. The phrase almost always refers to corruption. Dong is the fourth top official at the steelmaker who has been caught up in an anti-corruption dragnet, spotlighting often weak corporate governance at big state-owned enterprises in China’s less-developed areas.