Analysis: Beijing Needs to Better Telegraph Its Plans for the Steel Market 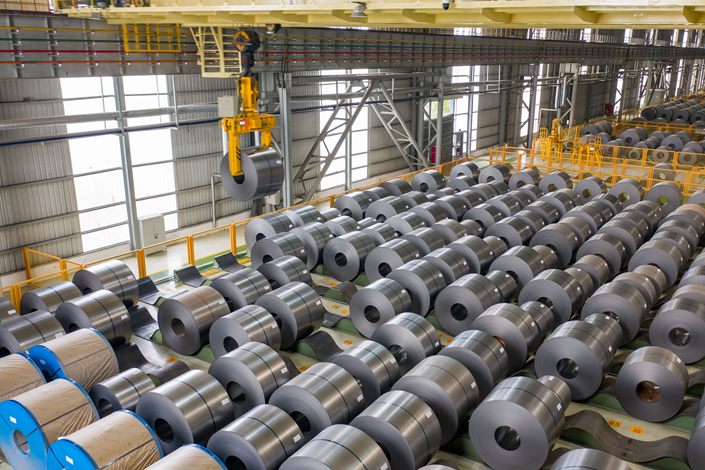 The iron ore market went on a roller coaster ride in May, with the price for a single ton of the key component for steelmaking swinging by as much as 1,000 yuan ($157) per ton during the month as buyers gyrated between the extremes of hoarding and panic selling. Such sharp swings aren’t healthy and have a huge negative effect, not only on the steel market, but also on the wide array of downstream companies that depend on its products.

One force behind the wild gyrations was market uncertainty over policy, which created opportunities for speculators and “hot money” chasing quick profits. Government positions and policies have always been an important part of the Chinese market, with the result that money is more likely to amplify information and over-interpret if Beijing’s policy expectations are vague.

Last December, the Ministry of Industry and Information Technology (MIIT) for the first time proposed ensuring that China’s crude steel output in 2021 should fall year-on-year as part of the nation’s pledge to reduce carbon emissions. But a half year later, no details have emerged on specific reductions. A longer-term and more comprehensive reduction plan is even more elusive.

The month of April saw repeated market rumors that a national reduction plan would be introduced in May, driving the sharp rise in steel prices early that month.

In another example of inadequate expectation management, adjustment of China’s steel import and export tax rates to encourage lower production was rumored since the end of last year. But no policy was released until April 28, with minimal results. On April 27, even the China Iron and Steel Industry Association added its voice to a public call for the policy to be implemented as soon as possible to calm the unsettled market.

Whether restrictive production policies are appropriate right now is more debatable, since such policies have historically had negative effects. In 2016, supply-side reforms were initiated against a backdrop of severe overcapacity in the coal industry. In February that year, those restrictive policies were promulgated, with an immediate impact on output.

But demand rose due to high temperatures and other factors, causing coal supplies to fall short of demand. Coal prices remained high, which also affected downstream markets. In November of the same year, the National Development and Reform Commission (NDRC) immediately revised the policy, resulting in withdrawal of the restrictive measures just 10 months after their implementation.

The current global economic recovery is coinciding with global policies of monetary quantitative easing, which has led to relatively strong demand for domestic steel and a flood of hot money into the sector. In such an environment, a policy limiting steel production is tantamount to “adding fuel to the fire,” and is causing the short-term surge in steel prices.

At the same time, steel production in other parts of the country filled the gap created by the Tangshan restrictions, with the country’s total crude steel output still maintaining growth for two consecutive months. On the afternoon of May 31, the Tangshan Municipal Bureau of Ecology and Environment held another symposium, with the intent of relaxing production restrictions.

China’s steel industry is quite competitive over the longer term, and policies that directly intervene in market order are anathema to a proper market economy. Economic means are needed to achieve specific carbon-reduction targets. One such example is carbon quotas and carbon credit trading that will soon be used to promote carbon reduction in the steel industry. The national carbon market is currently about to launch, and industries such as steel and electrolytic aluminum will also be included.

Reducing carbon in the steel industry is a long-term task. In this process, good top-level design that respects the law of supply and demand is critical to good policy, as is the task of making policy expectations as transparent, stable and long-term as possible to properly guide the market. Such actions can allow companies to prepare early and make appropriate investment decisions, and make it more difficult for speculators and “hot money” to play the market.