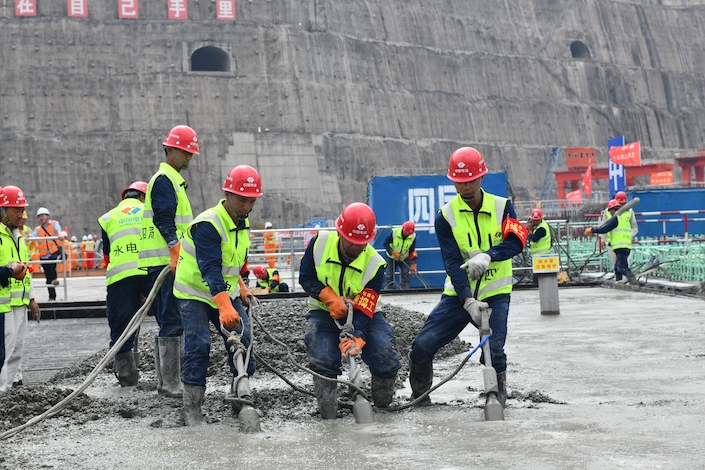 A total of 184 LGFV bonds worth 133.6 billion yuan ($20.9 billion) were issued last month, a decrease of 47% from the same month last year and 80% less than in April, according to data from Wind Information.

Meanwhile, about 241.6 billion yuan of the LGFV bonds were set to be repaid in May, resulting in net financing for the month of minus 108 billion yuan, the first negative reading for LGFV borrowing since September 2018.

The plunge in new LGFV debt issuance and rising use of new debt to repay old debt reflect a series of tightening policies from regulators, several market participants said. LGFVs are special purpose vehicles set up by local authorities to borrow money for funding infrastructure and public welfare spending.

The government allowed an increase in LGFV borrowing last year to bolster the economy amid the pandemic, but with the recovery on solid ground and GDP growth expected to rebound to at least 6% this year, dealing with record local government borrowing is firmly back in policymakers’ crosshairs as they refocus on long-term priorities.

Local governments had14.8 trillion yuan ($2.3 trillion) of hidden debt last year, and the figure could climb further this year, according to a government-linked think tank. Much of the borrowing was hidden off the balance sheets of local authorities in LGFVs.

Hidden debt at local government was elevated to a “national security” issue at China’s annual legislative meetings in March. In its annual work report to the National People’s Congress, the Ministry of Finance vowed to make solid progress in defusing risks related to hidden local government debt. Regulators are reviewing LGFVs and will ban those with the highest hidden debt risk from issuing new debt unless it’s for repaying old borrowings, several people close to regulators told Caixin in January.

In Jiangsu, Tianjin and Guangdong provinces, all of the new LGFV bond issuance in May was used to repay matured debt, according to Kaiyuan Securities Co. Ltd.

LGFV debts have also been squeezed by local government special-purpose bonds (SPBs), another main source of funds for local infrastructure projects. SPBs are generally repaid from income generated by the projects they fund. Unlike general-purpose bonds, they are usually not allowed to be repaid from government fiscal revenue.

Cheng Siwei contributed to this report.