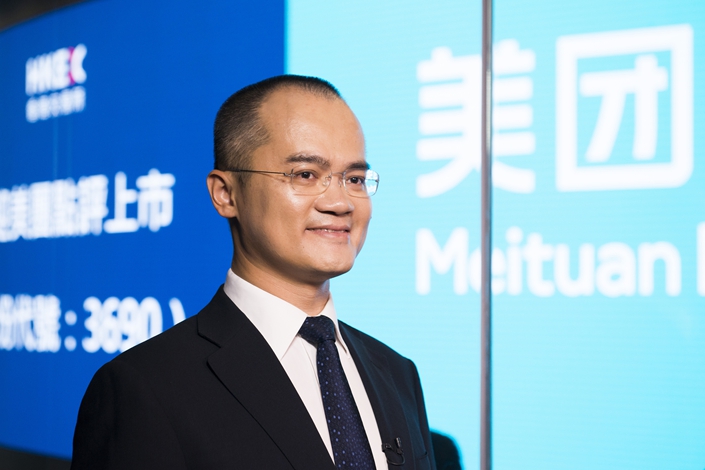 Wang Xing, the billionaire founder of internet giant Meituan, will transfer $2.2 billion worth of his company holdings into a separate charitable fund, stock exchange filings showed, adding his name to the growing list of high-tech billionaires using their fortunes for philanthropy.

The 57.3 million shares involved in the plan represent 10% of Wang’s holdings of Meituan’s Class-A shares, the Thursday filing to the Hong Kong Stock Exchange said. Based on their Friday close of HK$302.20, the stock would be valued at HK$17.3 billion ($2.2 billion).

Meituan said the decision was an individual one based on Wang’s plan to use some of his assets for charitable causes. It added the move wouldn’t have any impact on development of the company, which has become China’s leading provider of online-to-offline (O2O) services such as meal delivery.

Such dual-class share structure is common in Chinese tech companies, and is designed to let founders and top executives maintain management control even when they hold minority stakes. After being exchanged for Class-B shares, the new Wang Xing charitable fund will hold about 1.06% of all of Meituan’s Class-B shares.

A Meituan representative said education and scientific research are among the areas where Wang intends to focus his charitable giving.

Wang’s move comes as a growing number of China’s wealthiest entrepreneurs are embracing the concept of philanthropy as an outlet for their multibillion-dollar fortunes earned on the back of China’s rapid economic rise over the last three decades.

Alibaba founder Jack Ma is one of the country’s earliest major philanthropists, and has focused on his Jack Ma Foundation since stepping down as chairman of the e-commerce giant in 2019. Founded by Ma in 2014, that foundation focuses on entrepreneurship, education, women’s leadership, medical support and environmental protection, according to its website.

At the time the foundation was set up, Ma and Alibaba co-founder Joe Tsai announced they would provide stock options that represented 2% of Alibaba’s total shares into separate funds. Ma’s foundation made headlines during the global pandemic through its donation of face masks and other protective clothing and medical gear to African countries.

Pony Ma, founder of China’s other internet major Tencent, has also set up a charitable trust to support medical, educational and environmental causes. In 2016 he announced he would give away $2 billion worth of his shares to charity.

Jack Ma was named China’s biggest philanthropist in 2014 and 2015 by the Hurun Philanthropy List, which tracks such giving. Pony Ma, who is unrelated, was the biggest donor in 2016.

The latest person to top the Hurun list was Colin Huang, founder of e-commerce sensation Pinduoduo, who pledged billions of yuan for charitable causes, mainly for social responsibility projects and scientific research. Huang, who gave up his role as Pinduoduo CEO last July, together with fellow Pinduoduo founders have pledged 2.37% of their company’s shares worth billions of dollars to charity.

Huang’s Starry Night Foundation, established in June with the Shanghai municipal government, is also funding an institute at his alma mater Zhejiang University to support innovation and research in biomedical sciences, as well as agriculture and food, according to a company statement in March.

After Huang, the latest Hurun report listed He Xiangjian, the man behind home appliance giant Midea, as China’s second biggest philanthropist on its 2021 list after giving away $970 million to charity. He was followed Xu Jiayin, founder of real estate developer Evergrande, who gave away $370 million.

Despite Wang joining the philanthropy club, his company Meituan has also been the source of recent controversy. Meituan’s fast-growing core meal delivery business has come under government scrutiny this year and is now being probed for possible anti-competitive behavior.

China’s market regulator announced in late April it was investigating Meituan for suspected monopolistic practices stemming from the company’s policy of forcing its partners to “pick sides” — meaning Meituan wouldn’t work with them if they worked with its rivals.

Late last month, Meituan announced it had set up a dedicated team to work with officials conducting the investigation and vowed strict compliance with new guidelines. It’s also providing insurance for its delivery force — a victory for an army of mostly part-time personnel — and cutting fees for partner restaurants.