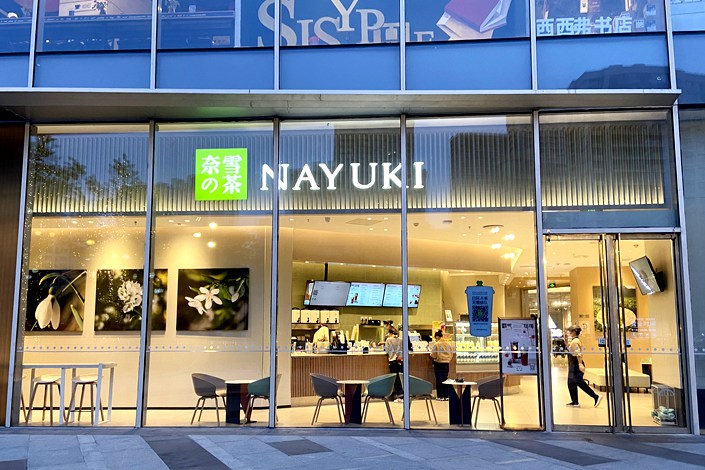 Nearly four months after first announcing its intent to list in Hong Kong, money-losing premium tea seller Nayuki Holdings Ltd. has passed a stock exchange hearing allowing its IPO to proceed, as it filed an updated prospectus including data from this year’s first quarter.

Among the updates, the company disclosed that it had continued its rapid pace of new store openings by adding 65 shops in the first five months of the year, boosting its total by more than 10% and bringing the figure to 556, according to the updated prospectus filed late on Sunday.

The company also gave revenue and profit data for the first quarter, though it did not provide comparable figures for the year earlier. It said revenue for the three-month period totaled 959.1 million yuan ($150 million), the vast majority of that coming from its namesake Nayuki teahouses. It reported an adjusted net profit of 7.3 million yuan for the period, but did not say whether it was profitable using international financial reporting standards (IFRS) for the period.

“In addition, we achieved store-level operating profit for Nayuki of 151.6 million yuan for the three months ended March 31,” it said. It said same-store profit margin for Nayuki stores were 24.9% and 25.3% in 2018 and 2019, respectively, but the figure dropped sharply to 13.5% last year, according to the prospectus.

The premium tea market in which Nayuki operates has big potential and is expected to grow by about 24.5% each year to reach about 340 billion yuan in annual sales by 2025, according to data from market research firm China Insights Consultancy cited in Nayuki’s February prospectus. Still, relatively low barriers to entry have led a flood of players to enter the market, with numerous rival outlets often vying for business in busy shopping and commercial areas.

That competition, combined with the impact of the Covid-19 pandemic, pressured retailers from the young sector last year. Nayuki said its average daily sales per store in the first nine months of last year tumbled to 20,100 yuan per day, around 30% lower than the same period a year earlier. Many Chinese remained housebound for much of the first half of last year during the height of China’s outbreak, with retailers like Nayuki taking an especially hard hit during that time.

As it took that hit, Nayuki’s net loss soared to 203 million yuan last year, about five times its roughly 40 million yuan loss from 2019. But the company did manage to post revenue growth for the year, with the figure rising about 20% year-on-year to 3.1 billion yuan last year on the strength of China’s economic rebound combined with new store openings.

The updated prospectus didn’t reveal the company’s fund-raising plans for the IPO. Nakyuki was valued at about $2 billion at the end of last year when it conducted its latest fundraising of $100 million, according to Bloomberg. Thus at that valuation, a typical IPO float comprising 10% to 20% of the company’s shares could see it raise up to $400 million.

Co-founded by husband and wife Zhao Lin and Peng Xin, who control about two-thirds of the company pre-IPO, Nayuki opened its first teahouses six years in the southern boomtown of Shenzhen. Its investors include Tiantu Capital, Shenzhen Capital Group and PAG. The company has expanded rapidly, opening nearly 300 stores in 2018 and 2019 combined.

But as it has moved into smaller, less affluent markets, its average daily sales per store has come down steadily to 20,200 yuan last year from 30,700 in 2018.