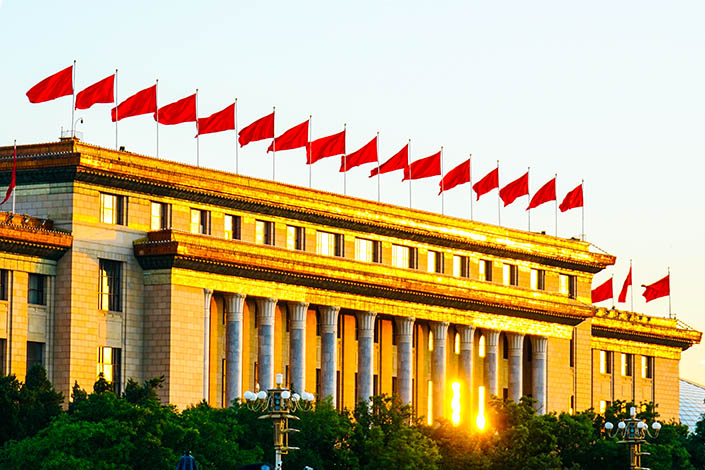 The Great Hall of the People in Beijing, Photo: VCG

China’s national legislature has approved a new law against foreign sanctions, aimed at providing a legal basis for the country’s countermeasures against such actions.

The anti-foreign sanctions law was approved by the Standing Committee of the 13th National People’s Congress (NPC), the top decision-making body of the country’s legislature, which convened its 29th session from Monday to Thursday.

The new legislation comes after the country’s lawmakers and policy advisors proposed earlier this year to have a specific law on foreign sanctions, to provide strong legal backing to China's countermeasures against foreign discriminatory measures, the state-run Xinhua News Agency reported.

The swift approval came after less than three months of review of the bill by the NPC Standing Committee. Li Zhanshu, chairman of the Standing Committee, had said in March that China would speed up legislation to combat foreign sanctions.

For some time, out of political manipulation intent and ideological bias, some Western countries have used Xinjiang and Hong Kong-related issues as part of their pretexts to spread rumors and smear, contain and suppress China, the statement said.

The Chinese government has strongly condemned such hegemonistic acts, and people from all walks of life have expressed strong indignation, the statement said.

Since the beginning of 2021, the Chinese government has taken multiple corresponding countermeasures against entities and individuals of relevant countries, including the U.S., the EU, British and Canadian politicians, companies and NGOs.

When asked to comment on the legislation, Chinese foreign ministry spokesman Zhao Lijian said during a press conference on Tuesday, “It’s paying them back in their own coin.”

During the last four years, China has been frequently targeted by foreign sanctions since the former U.S. President Donald Trump took office in 2017. His administration sanctioned at least 45 Chinese officials over issues related to Hong Kong and Xinjiang, including 14 vice chairpersons of the NPC Standing Committee.

U.S. President Joe Biden has been continuing Trump’s policy of using sanctions against Beijing. In March, the U.S., together with the EU, Britain and Canada, imposed sanctions on Chinese officials over alleged forced labor issues in Northwest China’s Xinjiang Uyghur autonomous region.

Last week, Biden expanded a list of Chinese companies that are banned from receiving American investment over alleged links to the country’s defense industries. Huawei Technologies Co. Ltd. and China’s big three telecommunications firms are on the blacklist.