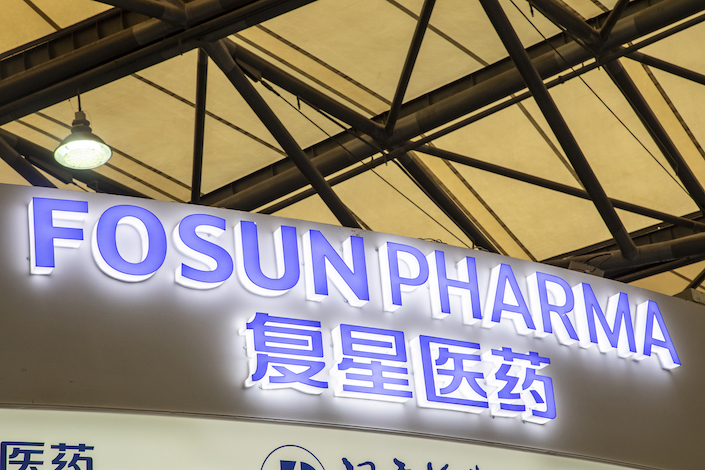 Fosun Pharma and BioNTech in May announced plans to set up a Shanghai facility to co-produce BioNTech’s highly effective mRNA vaccine.

Shanghai Fosun Pharmaceutical Group Co. (600196.SH), the China partner of BioNTech SE, said it expects to start domestic production of the German company’s Covid-19 vaccine in August as it awaits clearance to bring the innovative shot to China.

The BioNTech vaccine is moving toward completion of regulatory review, Fosun Pharma said Friday at a meeting with investors. The pharmaceutical approval procedure is basically finished, and the remaining reviews have been well prepared, Fosun said.

“The mRNA technology is entirely new, and China’s drug regulators have adopted some innovative approaches during the review,” said Wu Yifang, chairman of CEO of Fosun Pharma. “We had deep communication, and the regulators have responded quickly.”

The messenger RNA vaccine works by delivering genetic instructions for making the virus’s spike protein inside healthy cells, which spurs an immune response. The mRNA shots have higher effectiveness rates than immunizations from domestic makers, including those from Sinovac Biotech Ltd. and Sinopharm Group Co.

While waiting for regulatory clearance, Fosun Pharma and BioNTech have started preparation and equipment procurement for their China joint venture. Construction of the production lines is set to be completed in August to start operation, Fosun said.

Fosun Pharma and BioNTech in May announced plans to set up a Shanghai facility to co-produce BioNTech’s highly effective mRNA vaccine. The venture is part of a broader partnership formed by the pair in early 2020 to bring the vaccine to China.

The $200 million joint venture in Shanghai will be equally held by the two companies with a designed annual capacity to produce 1 billion doses. Fosun Pharma will contribute funds to build the high-tech facility for the drug’s production, while BioNTech will provide the intellectual property in the form of its Covid-19 vaccine co-developed with U.S. drug giant Pfizer Inc., according to a May statement from Fosun Pharma.

“The facility design took into consideration that the production lines would be used for other mRNA vaccines and global demands,” Wu said. “There is room for capacity increase.”

Under the companies’ “vaccine strategic alliance in China,” Fosun assumed responsibility for clinical testing of the BioNTech vaccine in China, a necessary step before it could be commercially sold there. The deal gave Fosun the rights to exclusively develop and market the shot in the mainland, Hong Kong, Macau and Taiwan. Pfizer sells the vaccine in other places.

All vaccines so far administered on the Chinese mainland have been locally developed, including the two being exported globally by Sinopharm and Sinovac. Hong Kong and Macao both approved the sale of the BioNTech vaccine for local use in the special administrative regions earlier this year.

Fosun Pharma in July 2020 obtained China’s approval to launch domestic clinical trials for the vaccine in Jiangsu province. Detailed data from the trials has yet to be released. Hui Aiming, a senior vice president of Fosun Pharma, said in January that the Phase 2 trials covered 920 people, and none of them showed adverse responses to the shots.

China is accelerating vaccinations to boost the immunity of its 1.4 billion population, especially after recent flare-ups in the southern province of Guangzhou, which involves the highly transmissible variant first found in India. As of Thursday, the country has inoculated 622 million people, according to the National Health Commission.