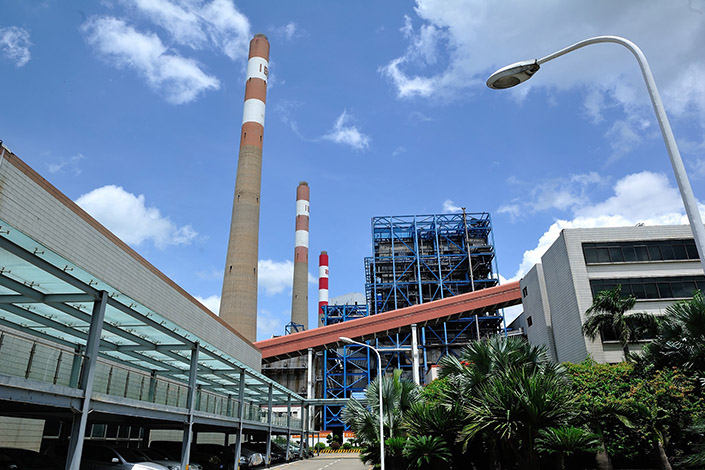 China-backed overseas coal power projects are being scuttled at a growing rate, new research shows, illustrating the growing challenge of investing in the polluting fossil fuel.

More coal-fired power capacity backed by Chinese firms was suspended or canceled than commissioned over the last five years, according to the report issued Wednesday by the Centre for Research on Energy and Clean Air (CREA), an environmental research organization.

The wave of cancellations has been spurred by diminishing competitiveness of the combustible rock as well as a rising tide of public opposition to an energy source linked to environmental damage and climate change.

The projects that have moved forward are generally far more polluting than China’s environmental controls would allow domestic plants to be, according to the report. Only three of the 16 projects for which official data was available met the country’s carbon emissions standards.

The findings suggest political and social trends in the host countries — rather than Beijing’s pledges to “green” its flagship global infrastructure policy, the Belt and Road Initiative — have played the leading role in delaying and cancelling projects, the report argues.

They found that countries had shelved or canceled 73 gigawatts (GW) of China-backed coal capacity since 2017, some 4.5 times more than the amount that entered construction during the same period.

The moves have averted the annual emission of approximately 290 million tons of carbon dioxide, a greenhouse gas that is a key driver of global heating and climate change, the study says. The figure is equivalent to the annual carbon emissions of Poland, the third-largest carbon polluter in the European Union.

The shift away from coal in inbound countries was due in part to economic concerns like overcapacity and its dwindling competitiveness with alternative fuels, and in part to public qualms about the projects’ links to air pollution and environmental degradation, the report says.

But it adds that Beijing has also acted relatively slowly to hasten the transition away from coal. China is the world’s largest financier of overseas coal projects, with the country’s policy banks sinking $4.6 billion into foreign energy projects last year to bring total investment to $245.8 billion since 2000 — the majority of which has gone into new coal plants.

Most of these investments were arranged between 2015 and 2017, a time when energy-hungry emerging economies rushed to sign up to the Belt and Road, announced in 2013.

Today, more than 80 GW of global coal capacity linked to China is in the construction or pre-construction phases, the report says, adding that the projects would emit a combined 216 million tons of carbon dioxide per year, endangering the world’s ability to cap global heating at no more than 2 degrees Celsius as mandated under the Paris climate accord.

Analysis showed that the 16 projects for which official data were available could end up emitting on average up to four times as much particulate matter — fine airborne particles that can harm the lungs and other internal organs — six times as much nitrogen oxide and seven times as much sulfur dioxide than permitted under Chinese regulations.

In one case, the limits on sulfur dioxide emissions of the ultra-supercritical Patuakhali plant in Bangladesh are three times higher than the level allowed in China. In the cases of the Tuzla station in Bosnia-Herzegovina and the Ugljevik plant in Serbia, limits on sulfur and nitrogen emissions are four times higher, according to the research.

The report recommends that China redirect its overseas investments into renewable power projects with more assured returns than the declining coal industry, while also ensuring that its foreign projects uphold environmental and health safeguards.

Such moves would both reflect the market and interest of the projects’ host countries and back up Beijing’s repeated calls to make the Belt and Road more environmentally sustainable, the report says, adding that “the shrinking market for new coal power outside of China means any potential reward from hanging on to high-emissions projects is fading rapidly.”

China is embarking on an overhaul of its own power industry in the wake of President Xi Jinping’s pledge last year to bring carbon emissions to a peak by the end of the decade and to net zero by 2060, a move regarded as crucial for avoiding the worst effects of climate change.

The world’s largest greenhouse gas emitter is investing heavily in its domestic renewables sector and is on track to have installed more clean energy capacity than fossil fuel-derived power by the end of the year, according to a major trade group.

But the country has also faced calls to cut its continued addiction to coal. China added 38.4 GW of coal capacity last year and has a further 247 GW under development, much of which experts say will have to be written off if Beijing is to meet its climate targets.