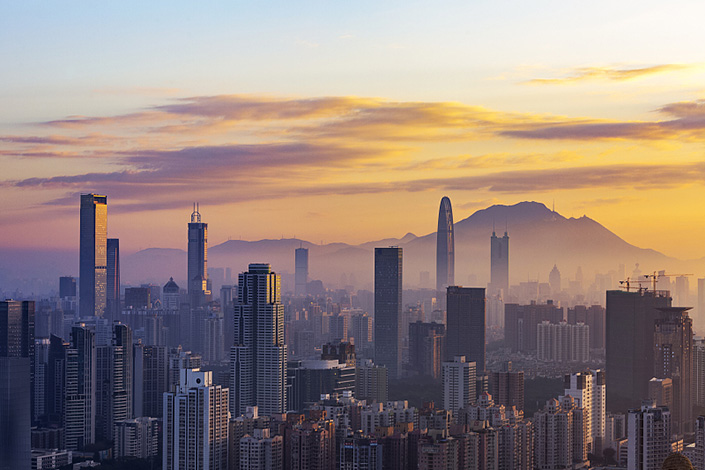 In 2011, China decided to pilot carbon trading in selected regions including Beijing, Shanghai and Shenzhen, though most carbon credits are issued free of charge. Photo: VCG

Shenzhen plans to create a carbon market fund to better manage the local government’s income from selling carbon credits, as authorities around China heed the national call to slash emissions.

The proposed move by the southern metropolis, where a pilot carbon market has been operating for several years, comes as plans for a national carbon market are trending toward a more market-oriented and regulated track. More broadly, China, the world’s largest carbon emitter, is figuring out how to meet its ambitious pledge to top out greenhouse gas emissions before 2030 and achieve carbon neutrality by 2060.

The Shenzhen fund will manage the money generated from selling carbon emission quotas, with investments focusing on the construction of the city’s carbon market and projects to reduce greenhouse gas emissions, according to a draft plan (link in Chinese) released by the Justice Bureau of Shenzhen on June 10. The draft, based on the city’s carbon emission trading plan issued (link in Chinese) in March 2014, is open for public comment until July 11.

By setting up such a fund, revenue from selling carbon credits can be used solely for environmental-friendly purposes, rather than incorporated into general government fiscal revenue.

The fund will try to raise more private capital to support the carbon market, according to a note accompanying the draft plan.

Carbon trading is considered an effective tool to combat climate change, as it requires polluters to pay for any emissions of carbon dioxide or other greenhouse gases that they produce beyond a set limit. This creates a strong financial incentive for businesses to conserve energy and reduce their emissions. Under this kind of system, the government gives or sells companies a limited number of carbon credits, also known as emissions certificates, which allows them to emit a certain amount of greenhouse gases.

In 2011, China decided to pilot carbon trading in selected regions including Beijing, Shanghai and Shenzhen, though most carbon credits are issued free of charge. Under the pilot, the chosen regions currently sell about 5% of the quotas, an analyst told Caixin (link in Chinese).

Shenzhen’s new fund could help pave the way for a similar fund linked to the nationwide carbon market, which will be up and running by the end of June, and initially only include the state-dominated electricity generation sector.

After an initial stage in which most credits will be issued for free under the nationwide carbon market, the proportion of paid-for credits will gradually increase, according to a March 30 draft plan (link in Chinese) released by the Ministry of Ecology and Environment.

To keep in line with provisions in the March draft, Shenzhen also plans to set an absolute cap on the amount of carbon that can be emitted under the scheme, according to its draft plan.

The cap, in line with international practice, can help expand the proportion of paid credits and impose greater restrictions on carbon-intensive industries, analysts said.