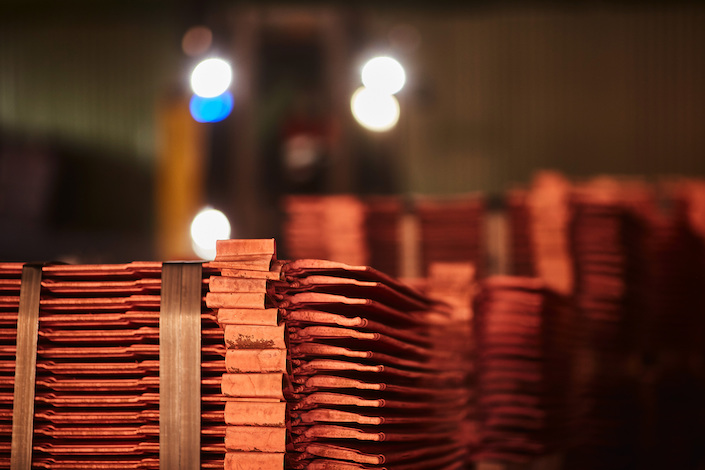 China plans to release some industrial metals from its national reserves to curb commodity prices in the first such move in a decade. The National Food and Strategic Reserves Administration said Wednesday that it would release copper, aluminum and zinc in batches to nonferrous processing and manufacturing companies via public auction. China has stepped up its campaign to rein in commodity prices and reduce speculation to ease the threat to its pandemic rebound from soaring raw material costs.

Police detained 13 suspects as investigations into a deadly incident in an iron ore mine in Shanxi got underway. All 13 miners who were trapped underground by flooding in the mine in Daixian county were found dead as of Thursday following six days of rescue efforts, state broadcaster CCTV reported. As of Wednesday evening, 11 of the 13 victims were identified through DNA testing.

China’s Ministry of Environment and Ecology denied media reports of a possible leak at a nuclear power plant in southern China’s Guangdong province, saying that nothing out of the ordinary has been detected. The ministry confirmed that radiation indicators in the vicinity of the Taishan nuclear plant remain at “background level” and that “no leak of any kind” has occurred, according to a statement issued Wednesday.

The last generating unit of the Wudongde hydropower station in Yunnan province was officially connected to the China Southern Power Grid Wednesday, marking full operation of the installation, China's fourth-largest and the world's seventh-largest hydropower project. Spanning the Jinsha River in the upper stretches of the Yangtze River, the project has a total installed capacity of 10.2 million kilowatts with 12 generating units.

China’s raw coal production rose 0.6% in May from a year ago to 330 million tons, reversing a 1.8% decline in April, according to the National Bureau of Statistics. From January to May, China produced 1.62 billion tons of raw coal, an increase of 8.8% from the same period a year ago. The country imported 111.17 million tons of coal, down 25.2%.

CECEP Wind-Power Corp. (601016.SH) said it will invest 149 million yuan ($23.3 million) in the construction of a 20 megawatt distributed wind power project in Shanxi province. The company will invest at least 29.71 million yuan from its funds while borrowing the remainder from financial institutions.

Zijin Mining Group Co. Ltd. (601899.SH) said its wholly owned subsidiary Zijin Mining Doo obtained a permit from the Serbian Ministry of Mining and Energy to begin trial production in the upper zone of the Serbian Čukaru Peki copper and gold mine. The mine will process 3.3 million tons of ore and produce 91,000 tons of copper and 2.5 tons of gold annually.

Great Wall Motor ties up with TotalEnergies in NEV technology