By Du Caicai and Cai Xuejiao 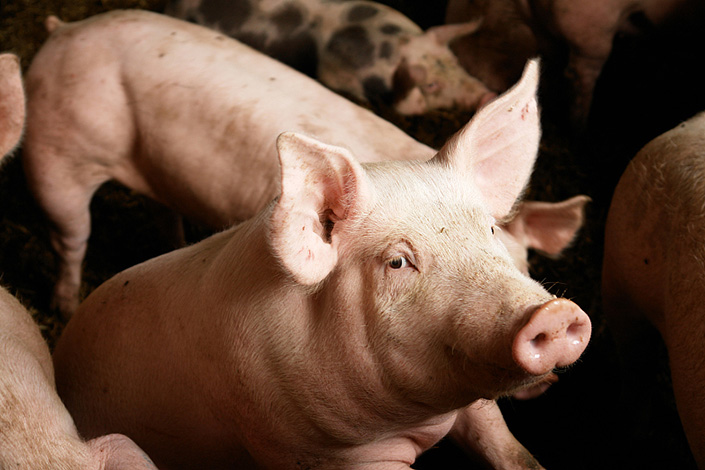 The new outbreaks have resulted in another round of losses for hog farmers. Photo: VCG

New, difficult-to-detect variants of the African swine fever virus circulating in China have spread the disease to pig herds across the country this year, leading to rising incidents of mass infection on farms and stepped-up control measures to stop swine fever’s further spread into livestock supply chains.

Since late last year, provinces including Henan, Shandong, Hebei, Jiangsu and Guangdong, as well as the Guangxi Zhuang autonomous region, have reported new outbreaks. Farms have reported that infected pigs typically show only mild symptoms in the early stages but have a longer incubation period, making it difficult to diagnose the disease before mass infection spreads across farms.

In late February, researchers from the Harbin Veterinary Institute said in a report published in the academic journal Science China Life Sciences that they had documented a milder but harder-to-detect mutation of the virus.

The highly infectious disease was first reported in China in August 2018. After significant losses in 2019, the country’s hog population bounced back, and had returned to 92% of its normal levels by the end of last year, according to the agriculture ministry.

The new outbreaks have resulted in another round of losses for hog farmers. Some small farms have lost hundreds of pigs, while large companies, such as Muyuan Foods, reported losses of nearly 10,000 pigs at two different farms.

At an industry summit last November, Ma Junhu, director of Muyuan Foods’ veterinary department, said that his company had not detected infections early on, leading to the livestock being misdiagnosed with other diseases.

Other experts at the summit said that the virus was highly transmissible in close quarters and that pigs infected with the new variant displayed far fewer symptoms than those infected with the classic virus. Moreover, some of the infected animals were asymptomatic.

Experts are divided over the cause of the new variant or variants. While some domestic researchers say the mutation is the natural result of having circulated in the country over a long period of time, others have argued that the use of unregulated “underground vaccines” may be causing the virus to mutate.

In March, the Ministry of Agriculture issued a notice that warned about the risks of such illegal vaccines and pledged to crack down.

Industry insiders told Caixin that the disease prevention efforts also have to focus on the supply chain from farm to market, including vehicles, slaughterhouses, farmers’ markets and other places where live pigs and pork are gathered and placed.

Chen Yaosheng, a professor of life sciences at Sun Yat-sen University, said farms themselves need to strengthen and implement stronger disinfection efforts, while also controlling for possible contamination from transportation and pig feedstock.