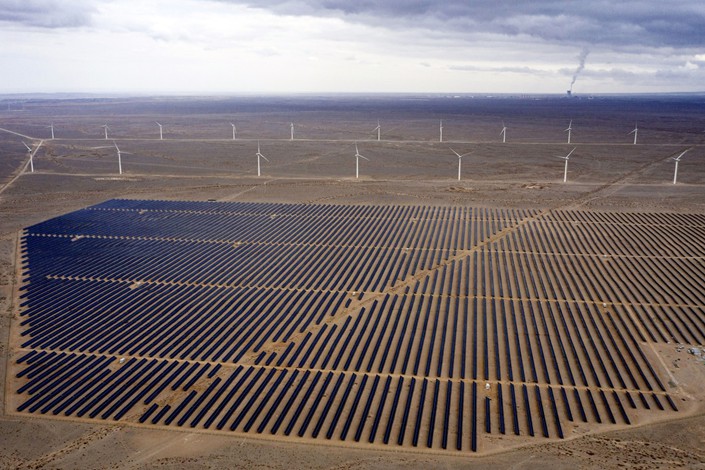 (Bloomberg) — Fund managers are increasingly grappling with fragmented policies in China’s $113 billion green bond market that can make it hard to assess just how much of that money is going to projects to help the environment.

The country aims to be carbon neutral by 2060, a push that’s fueled a 248% jump in sales of green notes locally and offshore this year to a record $23 billion. That leaves the total outstanding amount the second-highest globally after France.

But only about half or less of Chinese green securities meet global standards for what counts as green, according to Xie Wenhong, China program manager at Climate Bonds Initiative. The international not-for-profit organization publishes screening standards for green debt that are followed by many investors.

Guidelines set by China’s National Development and Reform Commission, the top economic planning body, allow up to 50% of green bond proceeds to be used to repay bank loans and replenish working capital. This contrasts with CBI’s methodology, which requires full allocation to green projects. Green Bond Principles from International Capital Market Association also require all proceeds of green bonds to be dedicated toward green projects.

“If you’re an investor that’s buying a use-of-proceeds bond, it’s important that the proceeds are actually going to the end destination that you want it to go to,” said Paul Lukaszewski, head of corporate debt for Asia Pacific at Aberdeen Standard Investments in Singapore. “Irrespective of their label, we would treat bonds which allow proceeds to go to other purposes as being general corporate purpose bonds and assign no benefit to their label.”

But there’s still a matrix of rules within China depending on the type of issuer, which can complicate matters for some investors.

“From a global investors’ point of view, we tend to agree that a green bond needs to be very close to fully allocated to eligible green assets or projects,” said Sheng Ou Yong, green bonds and ESG analyst APAC at BNP Paribas Asset Management.

China is also working with its European counterparts to announce a common green taxonomy to classify green projects.

Still, such classifications usually define what projects are green to be invested in, and don’t specify the portion of proceeds that must go to any of the green projects, said Christina Ng, fixed income research and stakeholder engagement leader at the Institute for Energy Economics and Financial Analysis, a non-profit corporation based in the U.S.

“China’s 2021 Green Bond Endorsed Project Catalogue already brings its green taxonomy closer to the EU’s, and closing any remaining gap would be a welcomed move,” said Ng. “However, if foreign investors are sought to finance China’s ‘net zero target,’ further reforms that address the use of proceeds and governance issues would be required.”