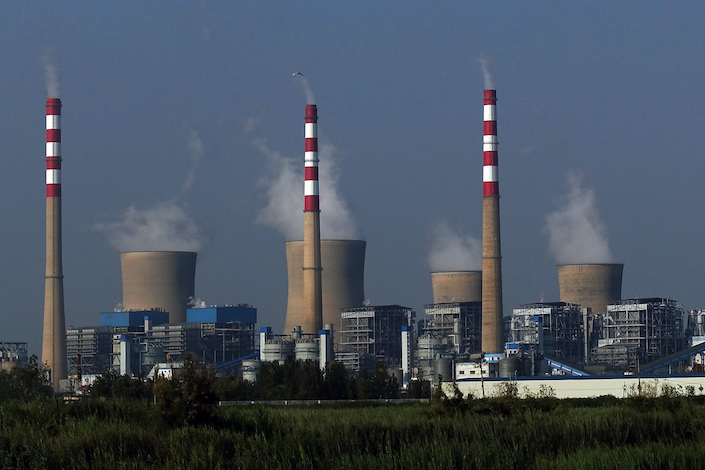 Carbon emission credits traded on the Shanghai Environment and Energy Exchange won’t be allowed to rise or fall more than 10% in a session, according to a notice issued by the exchange.

The maximum size of a single transaction will be less than 100,000 tons of carbon dioxide equivalent, the exchange said. The rules spell out limitations for China’s national carbon market before the expected start of trading this month.

Carbon markets are seen as a crucial step in reducing emissions of carbon dioxide, the most important greenhouse gas responsible for global warming. The system involves setting limits on carbon dioxide emissions. Companies or industrial operations that spew less of the greenhouse gas into the atmosphere than they are permitted to can sell excess quotas in the form of credits to enterprises that are exceeding their allotments. Such markets are designed to put a price on carbon dioxide emissions and create market pressure to reduce their volume.

The Ministry of Ecology and Environment issued rules May 19 for carbon emissions registration, trading and settlement. Under the rules, carbon emissions trading will be based on the price per ton of carbon dioxide equivalent, with the minimum declared unit at one ton of carbon dioxide equivalent and the minimum declared price at 0.01 yuan ($0.008).

Trading of carbon emissions abatements should go through the exchange system, including agreement transfer, one-way bidding, or other methods in line with regulations. The 10% cap on daily price moves is similar to the daily limits on China’s stock market, the notice said.

China state-run Xinhua News Agency reported Tuesday that the Ministry of Ecology and Environment will announce the launch of the national carbon trading market in Shanghai this Friday. But other media reported the launch time is still undecided.