By Wang Xintong and Huang Yanhao 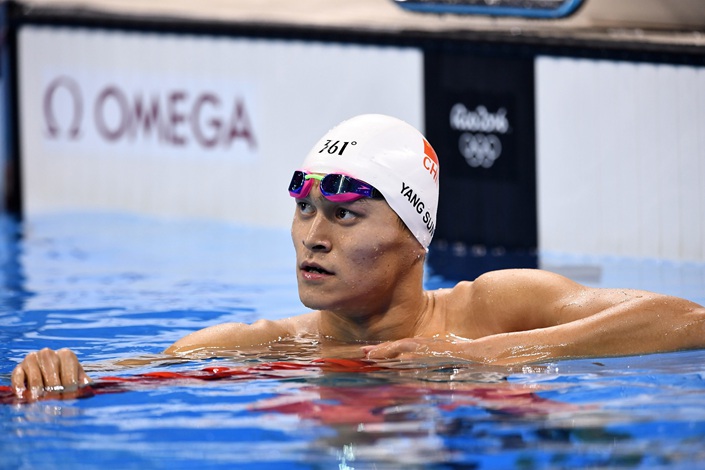 Chinese Olympic swimming champion Sun Yang has been banned from competing for more than four years over doping violations, ruling him out of next month’s Tokyo Olympics.

Sun violated anti-doping rules in September 2018 when he refused to allow his blood samples to leave with drug testers and he “acted recklessly,” the Court of Arbitration for Sport (CAS) said in a Tuesday statement, which followed a three-day retrial via video in late May.

As the 2018 incident was Sun’s second doping-related offense, an extra three months was added onto his four-year ban, the statement said. The suspension was backdated to Feb. 28, 2020.

The verdict means the 29-year-old will be ruled out of the Tokyo games that will kick off on July 23, after being postponed for a year due to the Covid-19 pandemic.

Sun, one of China’s best-known swimmers, was initially banned from competition for eight years by CAS in a February 2020 verdict. He later filed an appeal to the Swiss Federal Tribunal regarding the ruling, which was overturned after Sun’s lawyers provided evidence of discriminatory comments posted on social media by the former head of the CAS arbitration panel.

Sun was handed a three-month competition suspension in 2014 after a banned substance, which he said was used to treat a heart condition, was discovered in samples he gave. In September 2018, he refused to give a blood sample and his security guard smashed vials and containers containing the swimmer’s blood, marking the start of the doping case.

The controversial star won two gold medals and one silver at the 2012 London games and one gold and one silver medal at 2016 Rio games. He was the first male competitor in history to win in the 200-meter, 400-meter and 1,500-meter freestyle events.