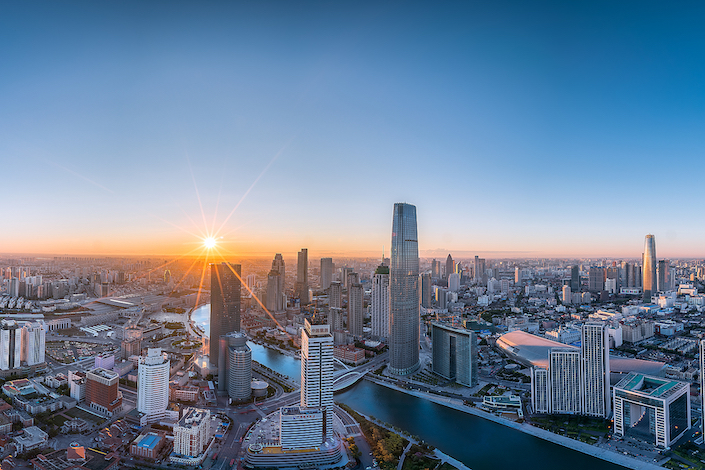 Top officials in northern China’s port city of Tianjin pledged no new defaults by state-owned enterprises in an effort to rebuild market confidence that was rocked by a flurry of debt crises involving government-backed companies.

Senior officials from the municipal government convened a meeting with executives from more than 100 financial institutions, Caixin learned. Attendees also included officials from the national securities and bond market regulatory bodies as well as the Shanghai and Shenzhen stock exchanges.

Tianjin Vice Mayor Kang Yi said at the gathering that he expected no additional state companies to default in the city and promised to maintain a healthy credit environment.

“Companies are not lacking in profitable projects, and the market is not lacking in capital,” Kang said. “What is lacking is trust and confidence. If there is no improvement in market confidence, both investors and companies will suffer.”

Tianjin, a heavy industry hub, became one of the hotbeds of SOE defaults with missed payments reported by city government-owned companies including Tewoo Group and Tianjin Real Estate Group.

Kang told the meeting that the city made mistakes in blindly pursuing economic growth and relying on outdated industrial structures. But the darkest period was past as the city moves toward industry restructuring, the vice mayor said, vowing that the government will do its best to protect investors’ interests.

The Tianjin government is sending a message to mollify investors, one participant said. “It showed its willingness to repay debts to the market,” the person said.

But the city needs to offer more concrete moves to rebuild confidence, said another attendee. “The city should first cut its public debts and conduct debt swaps through lenders,” the person said. “But the question is how.”

Tianjin’s SOEs have outstanding debts totaling 150 billion yuan ($23 billion), including 40 billion yuan of bonds due in the second half this year, according to Kang. The city pledged to repay the debts through asset sales, special-purpose bond issuance and special loans from policy lenders.

Kang said the city will take all measures to maintain its credit environment and tackle potential debt risks. In the first four months this year, 17 Tianjin-based SOEs repaid 45 bonds worth 70.5 billion yuan, with zero defaults, he said.