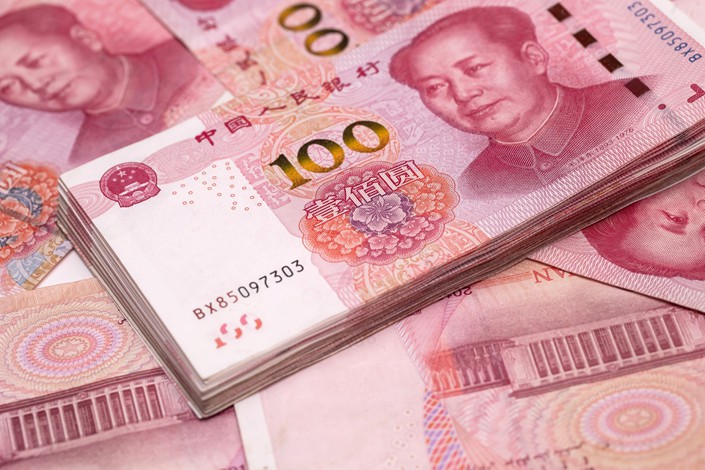 (Bloomberg) — Chinese banks’ stockpile of foreign-currency deposits has surpassed $1 trillion for the first time, creating an opportunity for Beijing to liberalize the country’s capital account.

China’s resilient economy and strengthening currency have attracted record foreign purchases of bonds and stocks over the past year, while surging demand for goods needed to ride out the pandemic meant exporters brought back more dollars. The stockpile at banks jumped by more than $260 billion in the 12 months through May, the most in any comparable period going back to 2002.

The pace of the influx has tested the authorities’ tolerance for a strengthening yuan, with the currency now near a five-year high against a basket of its peers. The appreciation is adding urgency for Beijing to reform its foreign-exchange market and ease capital controls, moves that will help reduce dollar liquidity, limit gains in the currency and result in a more liberalized financial market.

China’s commercial lenders had a record $1.38 trillion of foreign exchange by the end of May, with the majority being held in deposits, according to the People’s Bank of China. Lenders used most of the cash to make loans to firms onshore and overseas, the data showed. The PBOC’s foreign reserves also rose to a five-year high last month.

The accumulation was a result of rapid capital inflows. Overseas investors snapped up 1 trillion yuan ($154 billion) of onshore bonds over the past year, attracted by the relatively high yields on yuan-denominated debt. At the same time, China’s exports surged as its factories returned to operation while the rest of the world was still mired in the pandemic, boosting its trade surplus to a record.

One result of the inflows has been to push down dollar deposit rates in China to near all-time lows — levels that are only about a third of the equivalent funding costs in the U.S. itself. That divergence is motivating traders to buy the yuan versus the dollar, a situation which is worrying Beijing as too strong a yuan may invite hot money inflows and hurt Chinese exporters.

Dollar borrowing costs in China are lower than the rates in the U.S.

The PBOC is already taking steps to reduce dollar liquidity, including easing capital controls put in place following a currency devaluation six years ago. The central bank has increased the quota for investors to buy overseas assets to a record in June, and is expected to establish a trading link for wealth products between the mainland and Hong Kong.

Some officials “may see the foreign-exchange liquidity as a feather in China’s cap, and some may worry that the surge is flighty,” said George Magnus, a research associate at Oxford University’s China Centre. “It’s fine when the flows are coming in, but a big problem for financial stability when they try and go the other way.”

For Magnus, the increase in dollar deposits is “random and most likely temporary,” and will slow when other nations recover from the pandemic.

While it lasts though, the situation offers an opportunity for China to implement reforms and loosen its grip over its tightly controlled capital borders.

“China will take the chance of flush dollar liquidity to make its cross-border flows more balanced,” said Becky Liu, head of China macro strategy at Standard Chartered Plc in Hong Kong. “Policy makers in the coming two to three years will keep widening channels for funds to leave the country.”