SAIC Revs Up Plan to Spin Off Peripheral Noncore Units 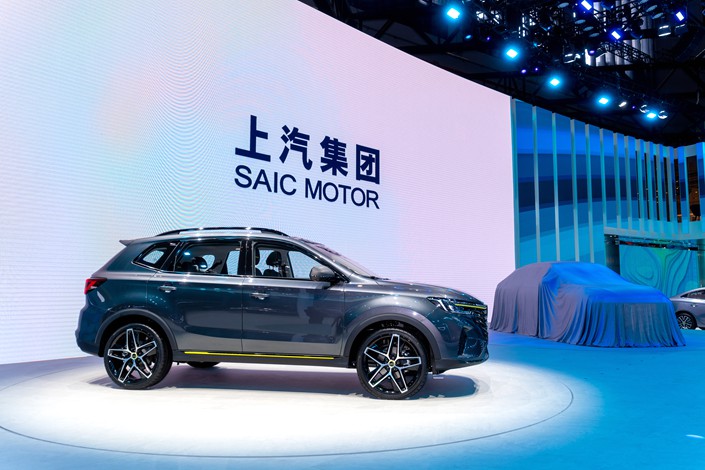 SAIC Motor Corp. Ltd. (600104.SH), China’s largest car maker and joint venture partner to General Motors and Volkswagen, will spin off some of its units as separate listed companies in an effort to differentiate its various noncore businesses and make them more financially self-sufficient.

The move comes amid an increasingly complex motor vehicle industry where a growing number of less traditional players, many from the high-tech sector, are moving into the space. That trend is being driven by a growing focus on cars powered by new energy sources and technologies like artificial intelligence, said SAIC Vice President and Chief Engineer Zu Sijie, who disclosed the company’s new spinoff strategy while speaking to reporters at an event on Thursday.

The changes are creating challenges for traditional car makers like SAIC, which have moved into many of those related areas over the last few years as the industry changes. Further complicating the picture is the arrival of much younger new energy car rivals like Nio, Xpeng and Li Auto, which are far more focused and have less legacy businesses.

In the first move of its new campaign, SAIC will spin off Shanghai Hydrogen Propulsion Technology Co. Ltd., one of its units focused on technology used in hydrogen-powered vehicles, Zu said. Two other units, Zhonghaiting and Lianchuang Electronics, are also being groomed for spinoffs, which could include the introduction of outside private investors before public listings, he added. Zhonghaiting is engaged in high-definition mapping, while Lianchuang makes electronic components for cars.

Zu said that SAIC has been trying to shed some of the initiatives it was betting on that hadn’t developed as hoped. It plans to let another 14 subsidiaries from various business lines engage in their own fundraising. Shanghai Hydrogen Propulsion, Zhonghaiting and Lianchuang are the first three from that group, with plans to list them separately within the next three years.

Other domestic automakers are taking a similar approach. Chongqing Changan Automobile Co. Ltd. (000625.SZ) has announced its introduction of a high-end electric car brand that will do its own fundraising and become publicly listed. Guangzhou Automobile Group Co. Ltd. (601238.SS) is also studying the possibility of spinning off its new energy car unit for a separate listing.

As the world focuses on cleaner, new energy vehicles, SAIC has already announced two electric vehicle brands, Zhiyi and R. The former is being developed by a joint venture between SAIC, e-commerce giant Alibaba and the Zhangjiang high-tech park in Shanghai. Its models will compete with cars like Tesla’s Model S that typically sells for more than 700,000 yuan ($108,100) in China, according to Tesla’s China website. The R brand is being developed by SAIC’s own passenger car unit, and is focused on lower-priced cars selling for 200,000 yuan to 300,000 yuan.

Zu said the two brands will both release their initial products at the end of this year and in early 2022.