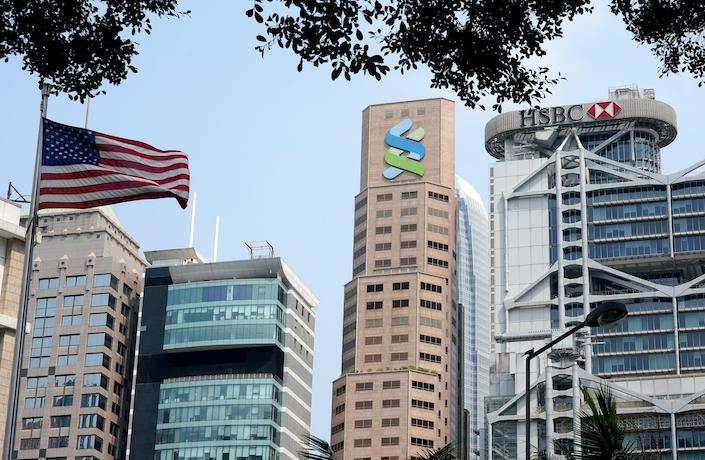 Standard Chartered said it will provide at least 10 funds for mainland residents via the cross-boundary wealth management connect pilot program.

Banks in Hong Kong are gearing up to participate in an experimental program to sell cross-border wealth management products (WMPs) in the Greater Bay Area, although detailed rules for the program remain pending.

The cross-boundary wealth management connect pilot program will allow mainland residents of the nine Guangdong cities in the bay area to invest in certain products sold by banks in Hong Kong and Macao. Residents of the two special administrative regions will be able to invest in eligible products distributed by mainland banks in the area.

A draft regulation for the program was issued in May, but no detailed documents were released on what kinds of WMPs will be available. China set an initial quota of 150 billion yuan ($23.1 billion) for the pilot program. The cap on an individual’s investment was set at 1 million yuan, according to the draft.

Caixin surveyed 17 Hong Kong banks and branches of mainland and foreign banks. Eleven said they plan to participate in the connect program. Among them, four disclosed initial plans of products they intend to provide for mainland investors.

The Hong Kong Monetary Authority (HKMA) has been communicating with banks and mainland regulators on implementation to step up preparations for the program launch. Details will be disclosed in due course, the regulator said in response to a Caixin inquiry.

HKMA Chief Executive Eddie Yue told Caixin in an interview last year that eligible products will mainly be relatively low-risk at first, as for many investors it will be the first time to engage in cross-border investments.

As Hong Kong or Macao investors will have to travel to the mainland to open investment accounts in person and travel has been restricted amid the pandemic, only the southbound program will be launched initially.

The HKMA issued guidance to banks on the program, Caixin learned. A Bank of East Asia Ltd. spokesperson told Caixin that under the guidance, eligible products initially will include funds incorporated and approved in Hong Kong, bonds and deposits of renminbi, Hong Kong dollars and foreign currencies. The bank said it plans to provide the products to mainland investors.

HSBC said it will provide medium- to low-risk investment products, including bonds and funds, such as stock funds and money market funds. Bank of China (Hong Kong) Ltd. said it will launch WMPs with medium to low risk and simple structures.

Four in five surveyed mainland investors in the bay area said they plan to invest in Hong Kong via the Cross-Boundary Wealth Management Connect, according to a survey by HSBC and Nielsen Co. in May. About two-thirds of respondents said they were optimistic about Hong Kong’s market outlook, and 70% said they intend to increase the share of their assets in the territory, the survey found.

Another survey by the Hong Kong Investment Funds Association (HKIFA) showed that about 95% of bay area investors expressed interest in buying Hong Kong fund products via the cross-boundary WMP connect program, with an average expected annual return of 13%.

Investment products that can achieve a 13% return carry mid to high risks, such as stocks, but the program will provide only low- to medium-risk products at first, which may not meet investors’ demands, said Nelson Chow Kin-hung, chairman of the HKIFA.

The HKIFA estimated that 200 to 300 fund products are registered in Hong Kong and are eligible to be offered.

Meanwhile, Hong Kong banks are ramping up hiring talent for WMP products. HSBC is hiring 300 to 400 people in Hong Kong, and some of the new hires will be specifically for the WMP connect business. Citibank told Caixin it will hire more than 1,000 professionals in Hong Kong by 2025.